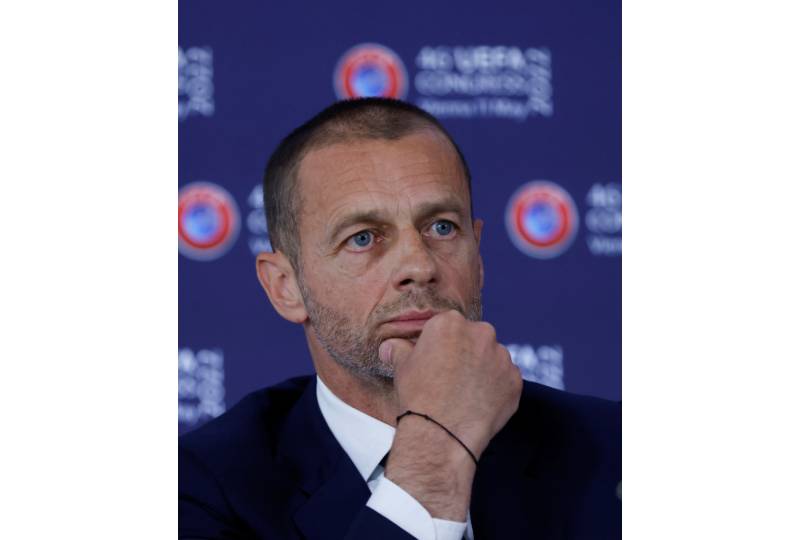 The fan violence that erupted during the European Championship final between England and Italy at Wembley Stadium last year is unacceptable and must never happen again, UEFA President Aleksander Ceferin said on Wednesday.

The July 11 final, won by Italy in a penalty shootout, was marred by clashes between supporters and officials in and around England's national stadium, with hundreds of ticketless fans breaching security cordons.

An independent review conducted by Baroness Louise Casey in December stated it was "clear we were close to fatalities and/or life-changing injuries for some, potentially many" of the fans in attendance after 17 mass breaches of Wembley's gates.

England's Football Association said it was appalled at the significant levels of crowd disorder and apologised.

Speaking in Vienna at the congress of European football's governing body, Ceferin said that the sport had to recognise both its successes as well as its failings.

"We still have many problems to solve to make our sport a role model and greater source of inspiration than it is today," Ceferin said.

"The images of violence at Wembley stadium at last year's Euro final are unacceptable. When a family goes to see a match of any competition, it should be a time for fun, celebration and enjoyment. People should feel safe in and around a stadium.

"They should never feel in danger. With the authorities' help, this cannot happen again. Ever."

Italy will face Copa America champions Argentina on June 1 at Wembley in a game entitled the "Finalissima" which was agreed in September shortly after UEFA and South America's CONMEBOL strongly opposed FIFA's plans for a biennial World Cup.