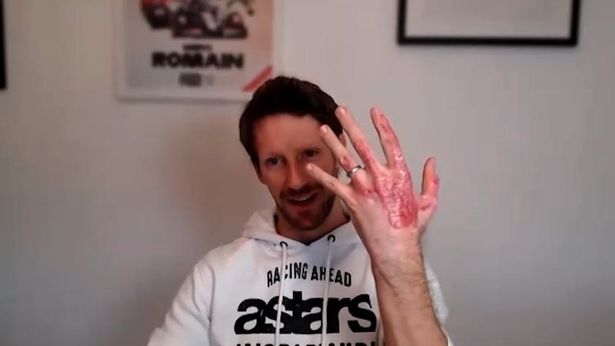 Former Formula One driver Romain Grosjean, who survived a fiery crash during the 2020 Bahrain Grand Prix, is insisting that his wedding ring protected him during his accident in Sakhir, as a debate around the wearing jewellery when racing in F1 rages on.

The FIA, F1’s governing body, have issued new rules that ban drivers from wearing metal during races, citing a focus on their safety.

Now Grosjean has entered the fray, recalling his final F1 race, during which he crashed into the barrier, resulting in his vehicle splitting into two.

Grosjean made headlines around the world as he was helped out of the massive fire by Bahraini marshals.

"I have been wearing my wedding ring all my career,” Grosjean added.