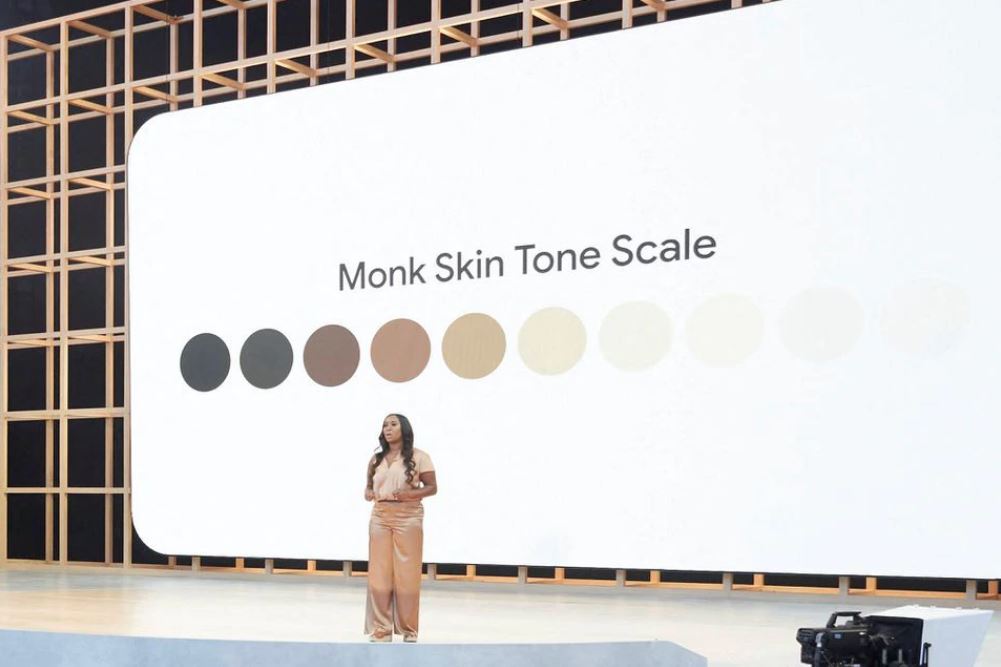 A Google employee speaks at the company's annual I/O developer conference. California, US, May 11, 2022. Google via Reuters

OAKLAND - Alphabet Inc's Google on Wednesday unveiled a palette of 10 skin tones that it described as a step forward in making gadgets and apps that better serve people of colour.

The company said its new Monk Skin Tone Scale replaces a flawed standard of six colours known as the Fitzpatrick Skin Type, which had become popular in the tech industry to assess whether smartwatch heart-rate sensors, artificial intelligence systems including facial recognition and other offerings show colour bias.

The company partnered with Harvard University sociologist Ellis Monk, who studies colourism and had felt dehumanised by cameras that failed to detect his face and reflect his skin tone.

Monk said Fitzpatrick is great for classifying differences among lighter skin. But most people are darker, so he wanted a scale that "does better job for the majority of world," he said.

Monk through Photoshop and other digital art tools curated 10 tones - a manageable number for people who help train and assess AI systems. He and Google surveyed around 3,000 people across the United States and found that a significant number said a 10-point scale matched their skin as well as a 40-shade palette did.

Tulsee Doshi, head of product for Google's responsible AI team, called the Monk scale "a good balance between being representative and being tractable."

The Monk scale also is being deployed to ensure a range of people are satisfied with filter options in Google Photos and that the company's face-matching software is not biased.

Still, Doshi said problems could seep into products if companies do not have enough data on each of the tones, or if the people or tools used to classify others' skin are biased by lighting differences or personal perceptions.