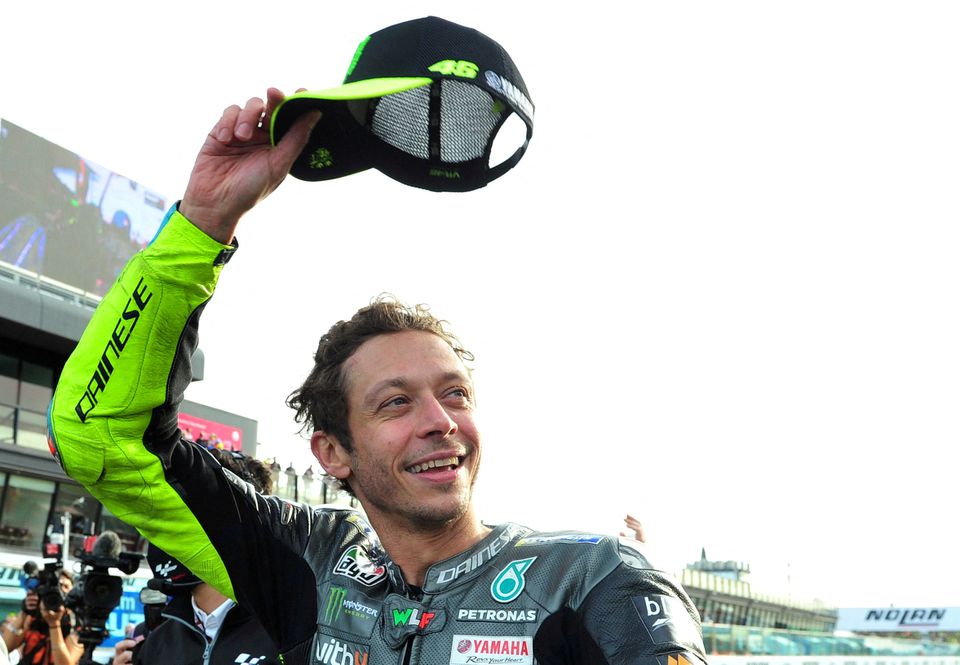 MotoGP said on Saturday it will retire Italian great Valentino Rossi's number 46 from the championship at his home grand prix in Tuscany in two weeks' time.

Rossi won nine world titles, including seven in the top tier, registering 115 race wins and 235 podium finishes in total before he called time on his career last year after a quarter of a century in grand prix racing.

A showman on the bike and off it, and famed for his post-victory antics, 'The Doctor' last won a race in 2017 with Yamaha in the Dutch TT at Assen.

The 43-year-old will attend a ceremony at the Mugello Circuit on May 28 to retire the number, MotoGP said in a statement.

Rossi is currently competing in the GT World Challenge in Europe with Belgian outfit WRT, while his VR46 Racing Team made its premier class debut this season.