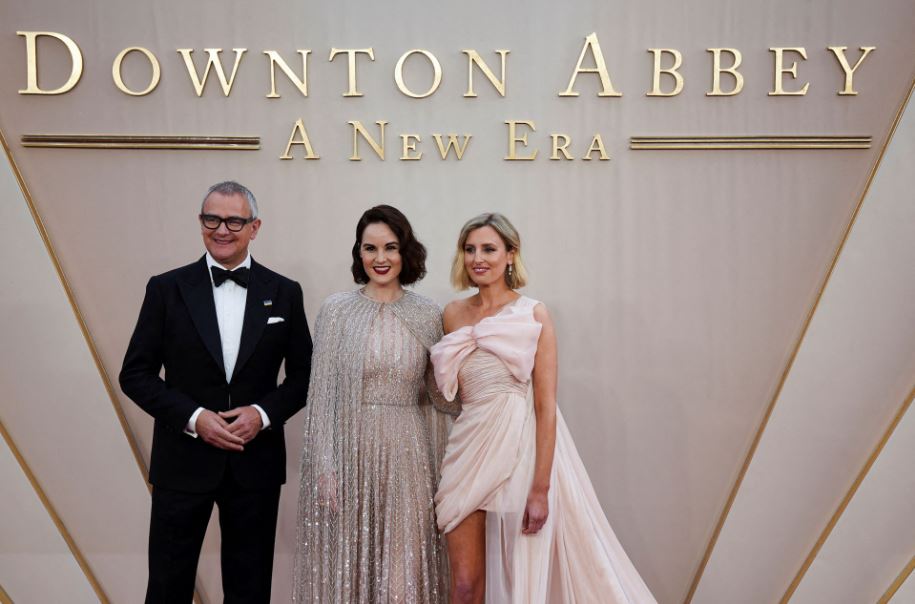 LONDON- Twelve years since it first premiered, television hit "Downton Abbey" is back with a second stand-alone film about the fictitious Crawley family and their servants running a sprawling English country estate in the early 20th century.

Set in 1928, "Downton Abbey: A New Era", released in US cinemas on Friday, sees a film crew arrive at Downton as well as some family members travel to the French Riviera.

"We wouldn't be coming back... if we didn't actually get on and enjoy the company of each other's characters and indeed playing the characters," actor Hugh Bonneville, who plays patriarch Robert Crawley, told Reuters.

The film, directed by Simon Curtis, begins with Crawley's mother, Lady Violet, played by veteran Maggie Smith, surprising her family with news she has inherited a villa in the south of France from a man she met decades earlier.

Led by Crawley, the family heads off to visit the property. At the same time, a film crew sets up at Downton Abbey, delighting the staff.

Having a film set within a film set was fun - and a little confusing sometimes, said Michelle Dockery, who plays Lady Mary.

“I remember a couple of times when I was confused as to who was saying 'cut'," she said. "Simon was like 'we were still rolling, actually there. It was Hugh that said 'cut'."

"It was a little daunting because you don't know what the culture of a show is going to be and... it's obviously defined by the people involved," Dancy said on joining "Downton Abbey".

"And it was exciting because I was just thrilled to be part of it."

"Downton Abbey" first aired in 2010, going on for six seasons and picking up numerous awards. It gained a huge following in Britain and the United States.

"We've had a very good run. I think we've been very lucky. We've kicked off a lot of careers of young players," writer Julian Fellowes said when asked if another film might follow.

"It's dangerous to say this, but I think most people who've worked on it have had a pretty good time and that feels like enough to me. But we'll see. I don't think you can ever tell really."