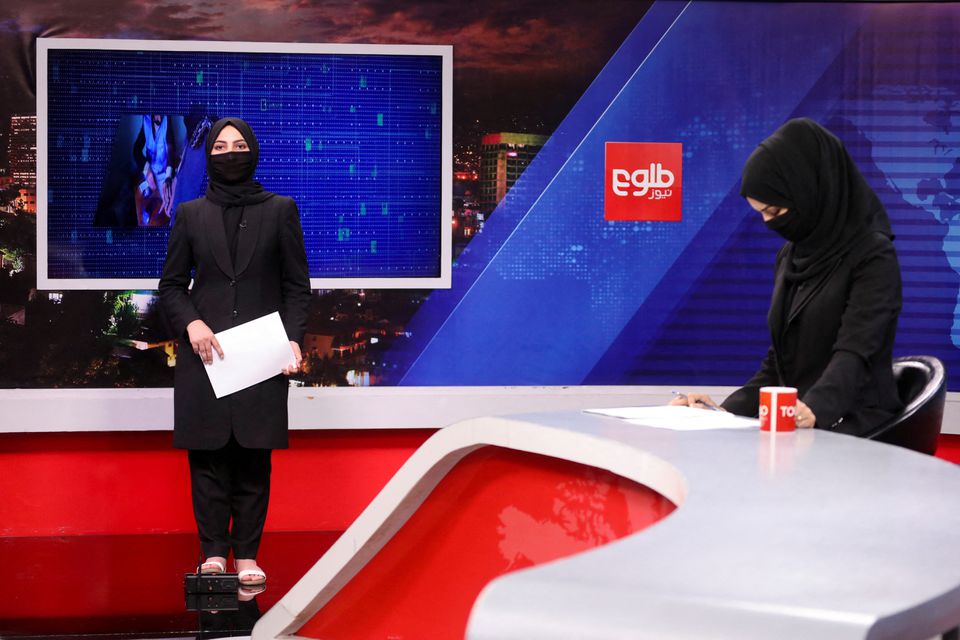 Female presenters for Tolo News, Sonia Niazi and Khatereh Ahmadi, while covering their face, work in a newsroom at Tolo TV station in Kabul, Afghanistan, May 22, 2022. Reuters Photo

UNITED NATIONS: The United Nations Security Council on Tuesday called on Taliban authorities in Afghanistan to 'swiftly reverse' policies and practices that are restricting the human rights and freedoms of Afghan women and girls.

The 15-member council agreed to the Norway-drafted statement nearly two weeks after it discussed the situation behind closed-doors. It expressed "deep concern regarding the increasing erosion of respect for the human rights and fundamental freedoms of women and girls in Afghanistan by the Taliban."

Earlier this month the Taliban ordered women to cover their faces in public, a return to a signature policy of the group's past hardline rule. They also asked television broadcasters to ensure that female presenters on local stations cover their faces when on air.

Under the Taliban's previous rule from 1996 to 2001, women had to cover up, could not work, and girls were banned from school. But after seizing power in August last year, the Taliban said it would respect women's rights.

However in March, the Taliban backtracked on their announcement that high schools would open for girls, saying they would remain closed until a plan was drawn up in accordance with Islamic law for them to reopen.

The Security Council "reiterated their call on the Taliban to adhere to their commitments to reopen schools for all female students without further delay."