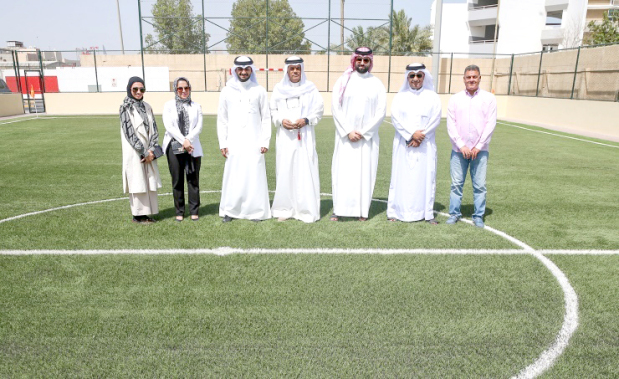 Officials at one of the stadiums

New artificial turf has been installed at the stadiums of Bahrain Club and Al Dair Club as part of a strategy to upgrade sports and youth infrastructure.

The Youth and Sports Ministry has drawn up a plan to equip the stadiums of five national clubs and centres with artificial turf.

The revamped stadiums have been handed over to the authorities in the presence of officials representing the ministry, the General Sports Authority (GSA), Bahrain Club chairman Dr Abdulrahman Rashid Al Khashram and Al Dair Club chairman Ali Isa Al Madhi.