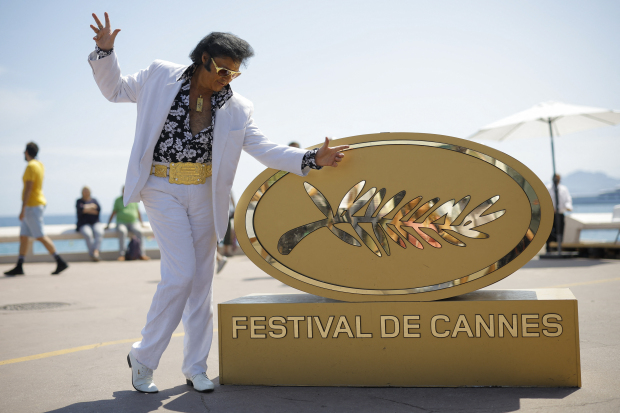 CANNES - The King of Rock 'n' Roll died 45 years ago, but Elvis fever was alive in Cannes on Wednesday as fans delighted at seeing an impersonator stroll down the resort city's famed promenade, La Croisette.

The Elvis lookalike, real name Eryl Prayer, was in town to celebrate the premiere of Baz Luhrmann's biopic which premieres on Wednesday night at the Cannes Film Festival.

Fans of Elvis, some of whom were angling for a ticket for the film, were delighted to see Prayer singing in the streets of Cannes, stopping him for selfies.

Prayer said he first listened to the “Jailhouse Rock” singer when he was in his teens and enjoys returning to his youth through the hitmaker.

"Thanks to Elvis and through him, I bring happiness to people. The image of Elvis withstands the test of time, it's impressive," he told Reuters as he ambled through the French Riviera town.

Speaking to one superfan, Prayer said he was glad the film was made because it will bring Elvis and his music to younger generations.