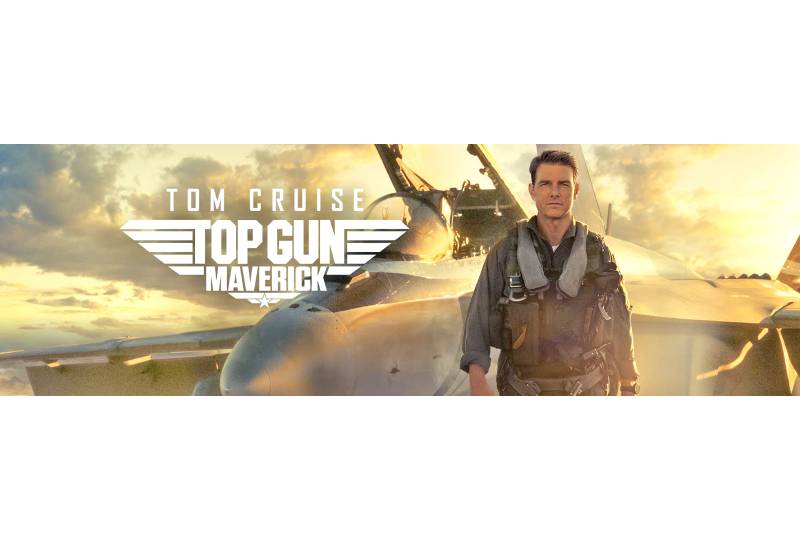 Top Gun was one of the most fundamentally 1980s-ish of all the films made in that decade. Glossy, superficial and drenched in soft-rock anthems, Tony Scott’s aerobatic male-bonding movie was a celebration of US militarism, expensive hardware and the burning of oceans of fossil fuels.

It was also the film that turned the fresh-faced Tom Cruise into a superstar. But times have changed since 1986, so to bring back Cruise as the US Navy’s Pete ‘Maverick’ Mitchell this far into the 21st Century was always going to be – to quote another of his 1980s hits – a risky business.

Many a person wondered if Cruise and the producers waited too long to do a sequel. After all 36 years is a long time and the recent trend of ‘legacy sequels’ haven’t exactly turned out to be gems. Well, wonder no more. Not only is the timing right and execution of this long-gestating follow-up splendid, but it also actually tops the original in every way imaginable, from an all-knowing performance for the ages from Cruise to its highly-emotional storyline, sharp dialogue, breath-taking aerial sequences and just about anything else you want from a studio blockbuster.

Despite what he said in the original film, Maverick hasn’t spent much of the last 30-odd years as a Top Gun instructor, but rather as a test pilot. An admiral, played by Ed Harris, makes some cutting comments about how fighter pilots are all going to be rendered obsolete by drones in the near future, only for – highly conveniently – US satellites to spot a uranium enrichment plant being built by an unknown enemy which can, you guessed it, only be accessed by actual piloted jets.

Maverick is given the job of training 12 of Top Gun’s finest graduates for the mission. He doesn’t want to do it, but he is ordered to by his old rival Iceman (a heart-wrenching cameo by Val Kilmer). And, one thing is clear ... Maverick will merely be the young pilots’ instructor. He definitely won’t go on the mission himself. Definitely not.

This is immediately a better plot than the original Top Gun had. Back then, the students were just students, with no ultimate goal except graduating at the top of the class. In Top Gun: Maverick, the stakes are higher because we know that some of them will be going on a hazardous mission that they might not survive. There was death in the 1986 Top Gun, of course, and there was a combat mission tacked on at the end, but for most of the film the biggest risk faced by Maverick was that Iceman might sneer at him in the locker room.

It’s the Top Gun sequel purists will crave. Miles Teller as Bradley ‘Rooster’ Bradshaw, the son of Anthony Edwards’ Goose, is the spitting image of his late on-screen father, from his piano rendition of Great Balls of Fire to his bushy caterpillar moustache. As Penny Benjamin, Jennifer Connelly steps comfortably into the role of Maverick’s ex-fling and rekindled romantic interest, replacing Kelly McGillis’ Charlie with nary a mention.

Nearly 40 years after the original’s release, Top Gun: Maverick impressively capitalises on advancements to dogfight filmmaking. Top Gun was revolutionary for its time, but Top Gun: Maverick leaves the outdated action flick in the dust thanks to breakneck cinematography. Whether it’s green screens or cockpit-mounted cameras, everything from routine training drills to overhead combat looks immeasurably crisp.

Helmet’s off to the director and crew – they have managed to make the sequel feel like an 80s throwback while feeling completely modern too. The flight scenes are genuinely incredible, reinforcing that CGI has a long way to go to match up to real physical action and practical camera work.

This film has been ‘ready’ for a couple of years now, but Cruise refused to remove the wheel blocks during the pandemic, believing the movie was owed a cinema release instead of being dumped on a streaming platform to be consumed on small screens and laptops.

It was an inspired decision; this is a movie that has to be seen in cinemas and on as big a screen as possible. Blockbusters are rarely as adrenaline-fuelled, impressive and genuinely fun as this. Top marks!