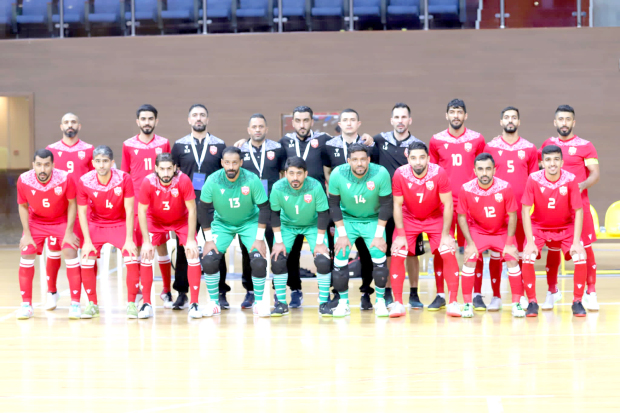 Bahrain’s national futsal team have been drawn in Group B of the AFC Futsal Asian Cup 2022, to be held in Kuwait in September.

Asian Football Confederation (AFC) held the remote draw, which put Uzbekistan, who finished third in the 2018 tournament, Tajikistan and Turkmenistan in the same group with Bahrain.

The top two teams from each group will qualify for the knockout stage of the tournament.

Bahrain have been drawn up in Group B of the West Asian Futsal Championship, scheduled to be held in Kuwait next month.

The national squad will be playing Oman, Lebanon and the UAE.

The top two teams from each group will book spots in the semi-finals.

Bahrain clinched the bronze medal in the third GCC Games in Kuwait.

Bahrain will be playing in Group A of the West Asian Women’s Futsal Championship in Saudi Arabia.

The national team have been drawn with Palestine, Iraq and the UAE.