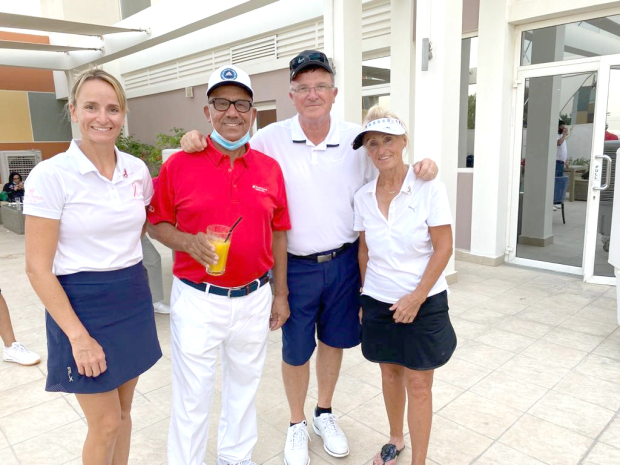 The second edition of an annual charity golf tournament, which will be held today at the Royal Golf Club (RGC), has received an enthusiastic response from club members and other golfers in the kingdom, the RGC’s ladies’ captain said.

The 2nd Bahrain Unity Challenge Cup 2022 is a special charity event where a team of Bahraini golfers plays a ‘Rest of the World’ (ROTW) team in a Ryder Cup-style, match-play pairs format.

“The response from RGC members, as well as members of other golf clubs – the Awali Golf Club and Bahrain Golf Club, for example – along with golfers who aren’t members of any club, has been extremely encouraging,” Anne Timmers, who is also one of the organisers of the tournament, told the GDN. “92 people have registered for the tournament, with 46 expats forming the ROTW side and 46 local golfers representing Bahrain.”

The number of people playing in this year’s event, the proceeds from which will be donated to the Royal Humanitarian Foundation (RHF), was more than in the inaugural edition in 2021 which saw about 80 golfers participating, Timmers said.

Over BD10,000 were raised in the first tournament last year for ‘Smile’, a children’s cancer charity operating in Bahrain. The charity golf event is the brainchild of former RGC captain, Briton Keith Watson, who works in senior management in a corporate concern and has been based in the kingdom for over 30 years.

The funds raised from this year’s edition would be used by the RHF to aid Bahraini orphans, Timmers explained.

“Keith wanted to give something back to Bahraini society,” she added. “So he came up with this wonderful concept last year. He, RGC men’s captain Dr. Abdulaziz Yousif and I, along with other RGC committee members have put the tournament together this year.”