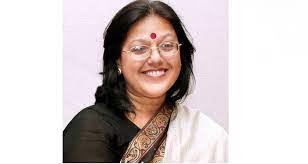 The news that the Saar Cinema was demolished recently sparked a rush of elegies for the ‘end of an era’ and nostalgia for ‘the good old days’. If you ask me, all those phrases were exaggerations – for one thing the Saar Cinema was merely 19 years old and you cannot attribute historic significance to a building unless it is at least 50 years old, has been the site of a life-altering moment in the country’s history or of special significance to a large chunk of the community – like the old Kuwaiti Building was, for example, as the country’s first mall-cum-residence experiment.

As cinema houses go, the old and dilapidated open-air Pearl Cinema in the bend of Government Avenue in Manama is probably more qualifying of the claim to history.

The cinema theatre opened in 1947 and, in the seventies, when Bahrain was the boondocks without malls and entertainment and I visited on holiday from India, I remember watching outdated movies in the sweltering heat in open air there. In fact, Pearl Cinema was popular even till the early ‘nineties when the movie selection had improved but the audience had drifted towards rather rowdy workers.

I believe that it is going to be renovated now with the generous support of Sheikh Salem Al Ali Al Sabah to screen films and host cultural activities supported by the Shaikh Ebrahim Centre – now, that is certainly renewing history.

Today, we have a drive-in cinema in the LPOD and multiplexes dotting the landscape. What we really lack is a proper cultural appreciation of cinema as an art form.

Of course, Bahrain is a small place and film-making is expensive so an indigenous film industry may be a far-fetched dream. However, that should not stop us from working to understand the value of cinema as a medium.

The Bahrain Cinema Club operates in fits and starts and we really don’t have a national film festival. Many Bahrainis and expats are putting their hard-earned money and talent to work and making short films but these efforts can only be categorised as ‘talented amateur’.

A well-organised film festival will spark curiosity about the culture of the country that the film(s) come from – we saw that in the warm reception that the Korean Embassy’s film fest generated. In addition, the commercial players must give back to the community by playing their part more vigorously.

In India, I remember we had a government-supported theatre in Nariman Point amidst office skyscrapers so people could catch a movie before going home.

It screened classics, indie productions and was the haunt of the art crowd like Benegal, Nihilani, Shabana Azmi, Smita Patil as well as the more enlightened actors enjoying commercial success like Amol Palekar – you lived in the hope of bumping into them and sharing a really nice cinema conversation – and for rock-bottom subsidised tickets too!

Then there were commercial cinema theatres which screened regional movies and children’s films in matinee shows. All these added to the different threads that made up the tapestry of cinema culture.

It takes effort to build an art movement because the value is intangible even though art and culture guide and guard the national spirit. Instead of making noise about promoting Bahrain for movie shooting by Bollywood or foreign films, we should focus on the groundwork and create our own cinema culture first.