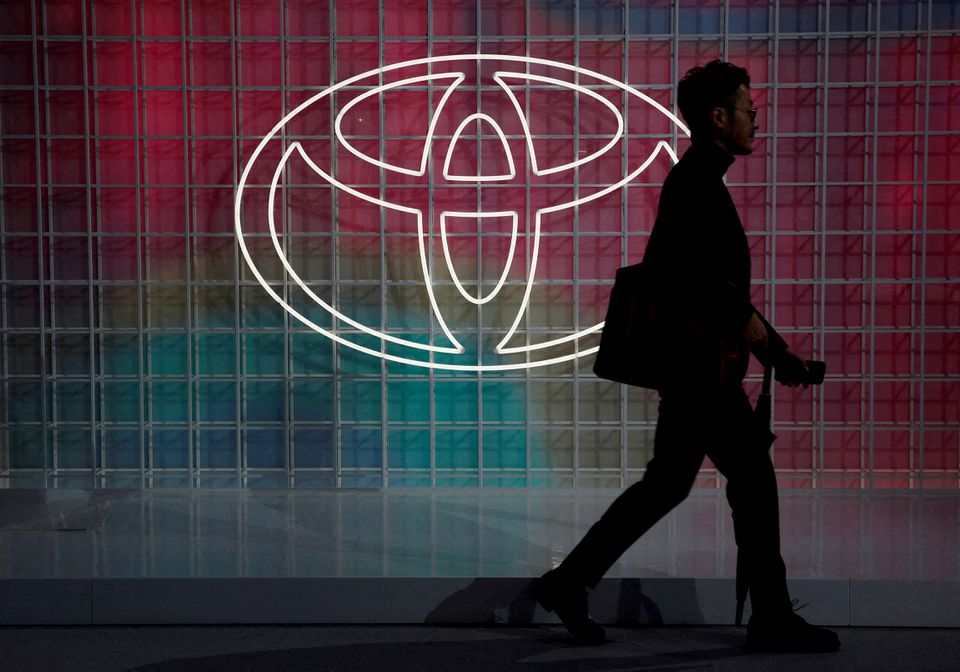 FILE PHOTO: A man walks past a Toyota logo at the Tokyo Motor Show, in Tokyo, Japan. Reuters Photo.

Stellantis, said on Monday it would expand its partnership with Toyota Motor Europe (TME) with a new large commercial van, including an electric version.

Stellantis will supply TME, a unit of Japan's Toyota Motor Corp, with the new vehicle for sale in Europe under the Toyota brand, it said. The van will be produced at Stellantis plants in Gliwice, Poland, and Atessa, Italy.

The deal widens the partnership between the two companies and allows a better optimisation of Stellantis' Atessa plant, which currently makes large vans sold under the Peugeot, Citroen and Fiat marques.

Carmakers have increasingly been agreeing cross-manufacturing deals to reduce costs in vans, which due to a boom in parcel delivery are seeing large demand - and where electric vehicle versions are also seeing rising sales to carry out "last-mile" deliveries in city centres