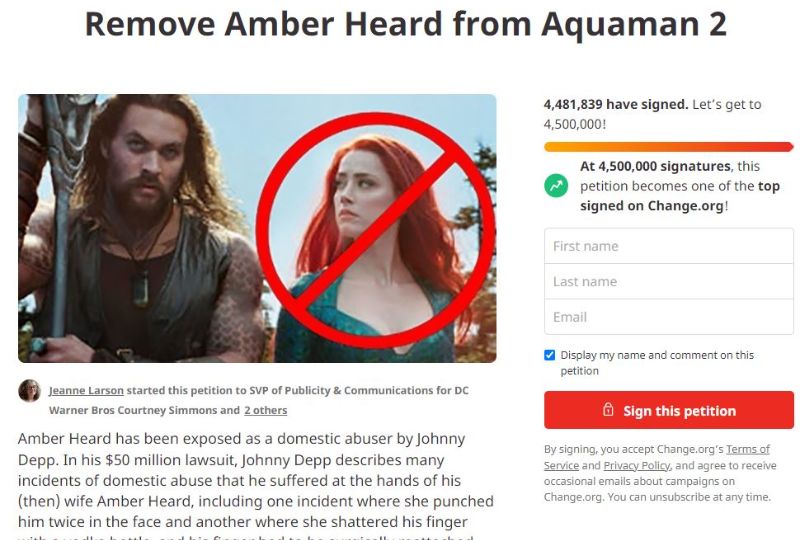 Petition to remove Amber Heard from Aquaman 2 on Change.org

A change.org petition to remove Amber Heard from 'Aquaman 2' nears goal of 4.5 million signatures. At the time of writing, more than 4.4 million people have signed the petition.

If the petition reaches 4.5 million signatures, it would become one of the top signed petitions in Change.org's history.

Having reached a verdict in the defamation case between Johnny Depp and Amber Heard, the jury awarded Depp $15 million after ruling in his favour.

However, the judge reduced the amount to $10.35 million to comply with state limits on punitive damages. The panel ordered Depp to pay Heard $2 million in damages.

The DCEU sequel starring Jason Momoa as Aquaman and Amber Heard as Mera is set for a March 2023 release with director James Wan confirming that the film had wrapped shooting in January 2022.