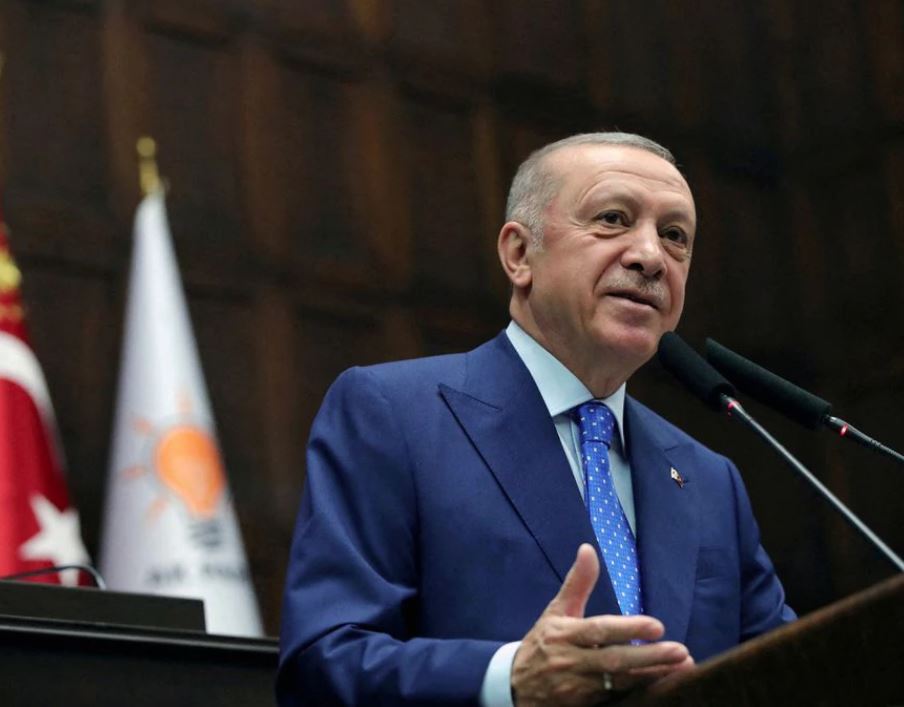 President Tayyip Erdogan said on Wednesday Turkey was halting talks with Greece, partly over a dispute with the Greek prime minister and what Ankara calls airspace violation.

Last year, after a five-year hiatus, the two Nato members resumed talks to address their differences in the Mediterranean Sea and other bilateral issues.

The talks have made little progress and the countries have frequently traded barbs.

Erdogan said Turkey had cancelled a bilateral cooperation platform, dubbed the High-Level Strategic Council, with Greece, adding in a speech to lawmakers from his ruling party that Ankara wanted foreign policy that "had strong character".

"You keep putting on shows for us with your planes," Erdogan said, referring to a dispute about airspace over islands in the Aegean Sea. "What are you doing? Pull yourself together. Do you not learn lessons from history?"

"Don't try to dance with Turkey. You'll get tired and stuck on the road. We are no longer holding bilateral talks with them. This Greece will not see reason," he said.

The countries have long been at odds over a host of issues such as maritime boundaries, overlapping claims over their continental shelves, airspace, migrants and ethnically split Cyprus.

Tensions flared again last week when Erdogan said Greek Prime Minister Kyriakos Mitsotakis "no longer exists" for him, accusing him of trying to block sales of F-16 fighter jets to Turkey during a visit to the United States.

On Tuesday, Mitsotakis told reporters after a European Union summit that he had briefed his EU counterparts over Turkey's "aggressiveness" and "provocations which cannot be tolerated by Greece or the European Union".

"I will not be involved in a game of personal insults...," he said.

Turkish Foreign Minister Mevlut Cavusoglu said on Tuesday Greece was violating international agreements that determine the demilitarised status of islands in the Aegean, warning that if Athens did not change course Ankara would launch challenges over the islands' status.