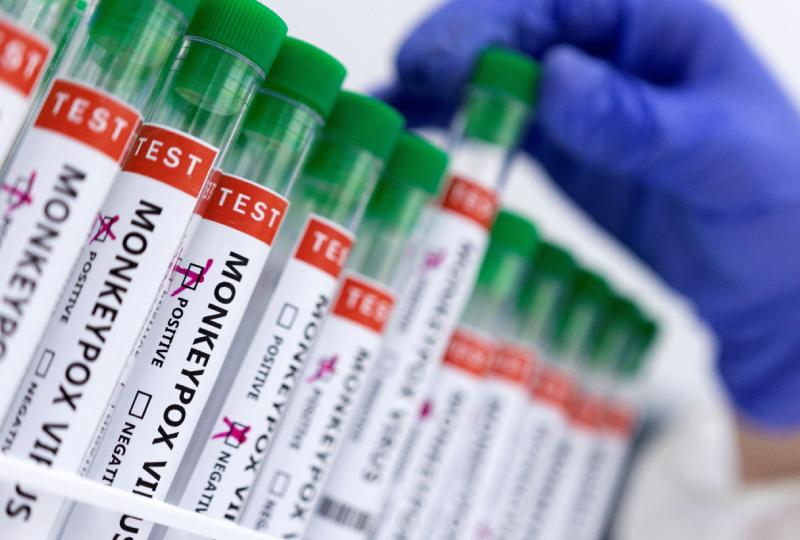 US health officials on Friday urged doctors to test for monkeypox if they suspect cases, saying there may be community-level spread but that the overall public health risk remained low.

So far, there have been 21 cases of the disease in at least 11 states. Affected patients are isolating to help prevent spreading the virus, US Centres for Disease Control and Prevention (CDC) officials told reporters in a conference call.

The agency is collaborating with global experts to learn more about how this outbreak began and how it is now spreading within the United States and elsewhere.

In a detailed report of 17 cases published in the CDC's Morbidity and Mortality Weekly Report, most patients identified as men who have sex with men. In many of the cases the monkeypox rash started in the genital area, which could lead some doctors to diagnose it as a more common sexually transmitted infection such as herpes or syphilis.

Health officials believe community transmission is likely, which is why they want doctors to test patients if they have any reason to suspect monkeypox.

The CDC stressed that monkeypox is transmitted by close contact with someone who has the virus and to monkeypox sores.

"Anyone can get monkeypox and we are carefully monitoring for monkeypox that may be spreading in any population, including those who are not identifying as men who have sex with men," Jennifer McQuiston, the CDC's deputy director of the Division of High Consequence Pathogens and Pathology, told the briefing.

So far, the United States has run 120 tests for monkeypox. Officials said the government has the capacity to run 1,000 tests per day.

Currently, all US patients are in recovery or have already recovered. Those who still have a rash are being asked to stay home until they are fully recovered, the CDC said.

A patient is considered recovered when all of the sores have scabbed over, the scabs fall off and healthy skin has emerged.

McQuiston said an analysis of the genetic sequences of US virus samples found that in most cases it is similar to the variant circulating in Europe.

However, US scientists identified two genetically distinct variants of the monkeypox virus among the US  samples. Both share common ancestors with strains that have been present in Nigeria since at least 2017.

McQuiston said it is possible that some form of the virus has been transmitting under the radar in the United States, albeit on a very limited basis.

US officials said the government has ample vaccines within the Strategic National Stockpile, and the government is offering those to people who have had high-risk contact with infected individuals to prevent transmission of the virus.

The United States has so far delivered about 1,200 vaccines and 100 courses of treatment.