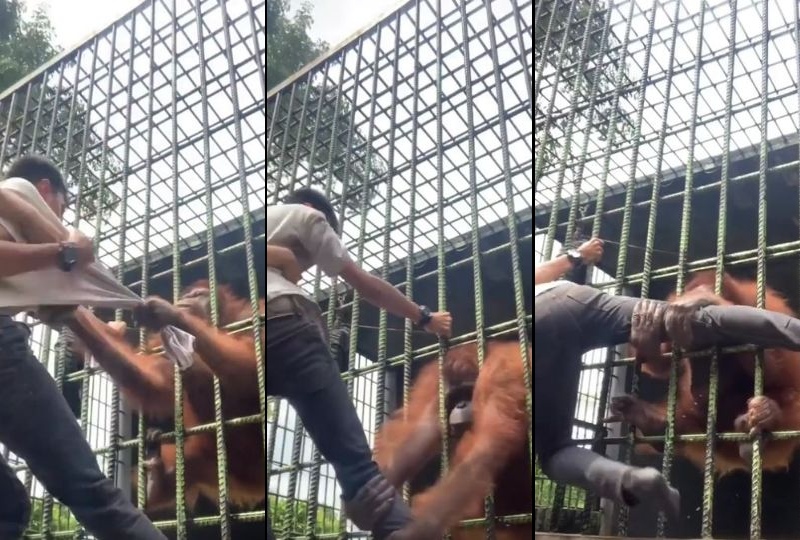 An orangutan attacked a man who trespassed into its enclosure at Kasang Kulim Zoo in Indonesia.

A zoo visitor, Hasan Arifin, broke zoo’s rules and climbed over a barrier that separates the animals from the visitors in order to get a video with the orangutan on Monday.

Video from the incident shows the ape grabbing the man by his clothes at first.

A friend tries to pull the man away from the orangutan’s tight grip, but the animal then grabs the man by his leg.

The man audibly cries in fear as a tug of war ensues between the orangutan and his friend, with the primate tightening its grip and pulling him towards the enclosure as the man hangs by his side.

The friend is eventually able to wrench him away from the orangutan.

According to a Snopes report, Kasang Kulim Zoo manager Desrizal told local reporters that the man allegedly kicked the animal before he began filming the video.

The visitor and the orangutan were not seriously harmed in the incident.

Arifin later apologised for breaking the zoo’s rules, saying: “I apologise to the Kasang Kulim Zoo for crossing the fence and I apologise for the viral video.”