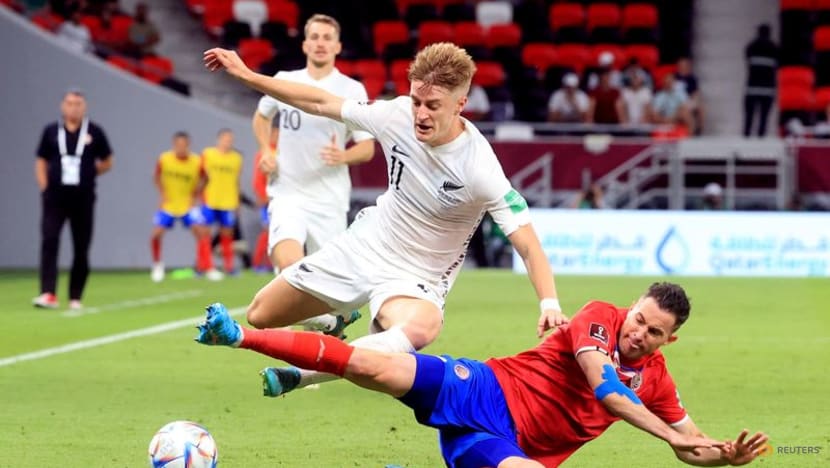 DOHA: Joel Campbell’s early goal sent Costa Rica to the World Cup for a third successive tournament as they edged past 10-man New Zealand 1-0 in their intercontinental playoff yesterday and secured the last place at the finals in Qatar.

The former Arsenal striker scored after three minutes for Costa Rica as he squeezed between two defenders to touch home a square pass from Jewison Bennette with the New Zealand defence slow to react.

But New Zealand will feel hard done by after having an equaliser chalked off by VAR for a foul in the build-up to Chris Wood putting the ball in the back of the net in the 39th minute.

A check found that Matthew Garbett had fouled Oscar Duarte in what looked a harsh decision.

A VAR check also led to a 69th-minute red card for Kosta Barbarouses, leaving the Kiwis down to 10 men.

The playoff between the fourth-placed team in the CONCACAF region and the Oceania confederation winner, at the Ahmad bin Ali Stadium, brought to an end the qualifying campaign for the 2022 finals in Qatar, which run from November 21 to December 18.

Costa Rica qualified for a sixth World Cup in total and will compete in Group E at the finals against Germany, Japan and Spain.

Campbell’s goal had some 6,000 travelling supporters, out of a crowd of 10,803, on their feet but did not precipitate the expected dominant performance from the central American team.

Instead it was New Zealand who looked the more enterprising of the teams, with centre forward Wood, who was constantly watched by a cautious Costa Rican defence, the target of their attacks.