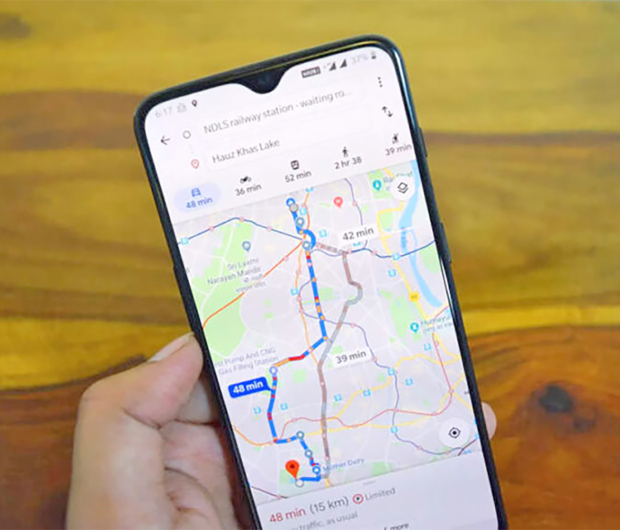 Google recently announced that it will feature an estimated amount that you need to pay in tolls on the Maps platform. The new feature has been rolled out in Maps for users in India, Japan, Indonesia and the US that show the toll charges on a given route.

If you travel on national highways, then you must know that one needs to pay the toll fees in order to access the road. The toll varies from route to route.

In order to make your road journey all the more easy and hassle-free, Google Maps will show you the estimated amount of the toll fee beforehand, so you can carry the required money with you.

“Long-distance drives, poor road conditions, and heavy traffic can dampen the mood of any road trip. In those moments, you might want to take a toll road.

To help make the choice between toll roads and regular roads easier, we’re rolling out toll prices on Google Maps for the first time,” Google said on its blog.

How Will It Work?

The estimated toll price to your destination will show up on Google Maps before you even start navigating. Google uses data from local tolling authorities to show up the accurate numbers on its platform. “We look at factors like the cost of using a toll pass or other payment methods, what the day of the week it is, along with how much the toll is expected to cost at the specific time you’ll be crossing it,” the search giant said.

In case you aren’t a fan of toll roads and want to use a free route, then Google Maps will also show you routes that do not have toll prices.

In case you do not wish to see the toll roads on the Maps, simply tap on the three dots at the right corner of your directions on the platform and click on ‘Avoid Tolls’. “You’ll start seeing toll prices on Android and iOS this month for nearly 2000 toll roads in the U.S., India, Japan and Indonesia – with more countries coming soon,” Google further said.