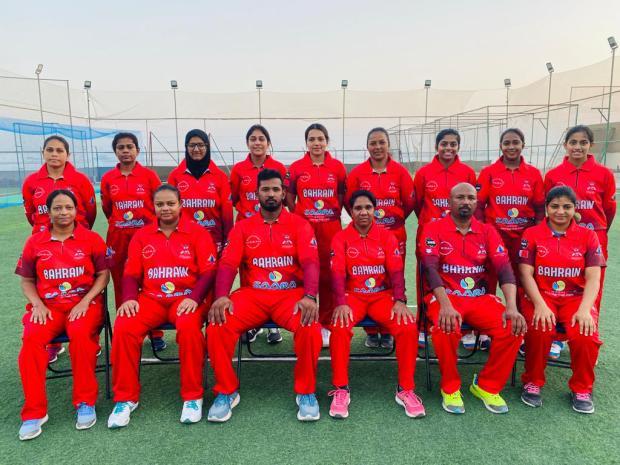 The Bahrain women’s national team will take on Kuwait tomorrow in their opening game of the 2022 Asian Cricket Council (ACC) Women’s T20 Championship.

The week-long tournament will also serve as a qualifying round for the 2022 ACC Women’s Asia Cup scheduled for October in Bangladesh. The two finalists in the championship will qualify for the main draw of the Asia Cup.

“We’ve spent the three days since our 14-member squad landed here on June 12, acclimatising to the conditions and playing a couple of practice matches,” coach Prabodha Arthavidu told the GDN by phone from the Malaysian capital, Kuala Lumpur, yesterday.

Bahrain have been slotted in Group B, along with Nepal, Hong Kong, Kuwait and Bhutan. Hosts Malaysia, the United Arab Emirates (UAE), Oman, Qatar and Singapore are in Group A.

Arthavidu said that, while the team’s performance in the second practice match yesterday against a Malaysian President’s XI was ‘satisfactory’, they had been below par in the first match against the same side on June 13. Bahrain lost both matches.

“I suppose you could put it down to jet-lag, or just general tiredness,” he added. “But that is still no excuse. To be honest, in that first game, they didn’t bowl well, they didn’t do the basics right.

“But, today, it was a different show – the girls put up a good fight. The Malaysians were struggling but they still won. So we know what areas to work on during our practice sessions for the first game of the tournament.”

The Bahrain team would have their work cut out for them if they want to make the last-four stage of the championship, the coach continued.

“Hong Kong and Nepal are both good, strong teams,” Arthavidu explained. “Bhutan are also a pretty good team. We might have a slight psychological advantage against Kuwait in our first game tomorrow, because we beat them in the GCC Women’s T20 Cup in Oman last march, but that game is in the past. If we want to win tomorrow, we need to get the basics right.”

The T20 cricket format could benefit Bahrain, though, despite the kingdom’s team being the newest one in the mix, the coach said.

“This format levels the playing field, somewhat,” Arthavidu said. “Lots of things happen. Lots of things can happen. But, in order for a team to capitalise on situations and to make things happen, they have to get the basics right. I’m a process-driven person. I believe that, if our team sticks to our plans, they could compete well and possibly even win.”

The Bahrain women’s team has made giant strides since they entered the international arena just last January, becoming the first women’s side from the kingdom to ever play a T20I when they participated in the GCC Women’s T20 Cup in Oman in March and creating a slew of world records in just their third T20I, in that same tournament – the highest individual T20I score and the highest T20I team total among them.

“I firmly believe we can make it to the semi-finals of this tournament,” Arthavidu declared. “All we have to do is stick to our plans and get the basics right.”