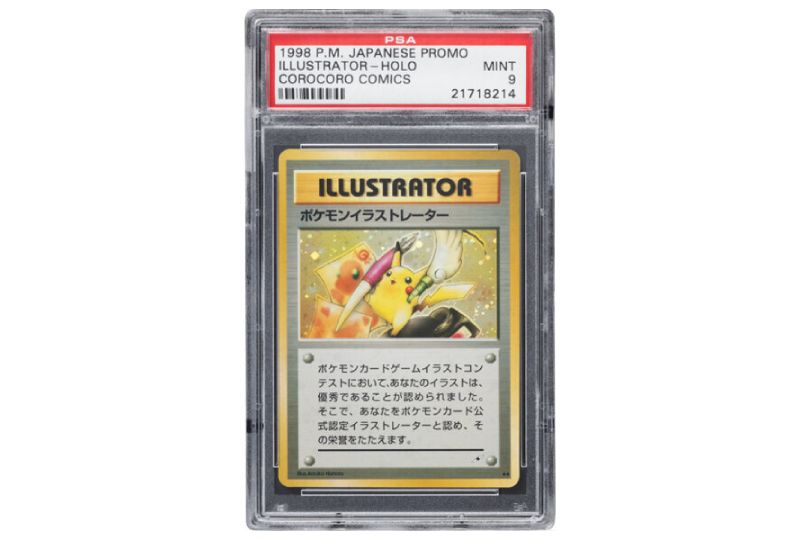 An ultra-rare Pokemon Trading Card has once again gone under the hammer at an Heritage Auctions sale.

Considered one of the “holy grails” of trading cards, the collectible is particularly special since only illustration contest winners received the card from CoroCoro Comics. The card sold for a total of BD31,6674.

The reason why these cards are so expensive is that the only way you could obtain a copy was through an illustration contest through CoroCoro Comics.

The Pikachu Illustrator was awarded to the winners of the initial three contests; all of which took place in 1998.

The cards were the only ones to bear the pen symbol in the bottom right corner and the only to feature the word "Illustrator" at the top.

It was recently made public that the sole PSA GEM MT 10 graded copy sold through a private deal for a staggering $5,275,000, proving once more that the Pikachu Illustrator is the holy grail of the Pokémon TCG.