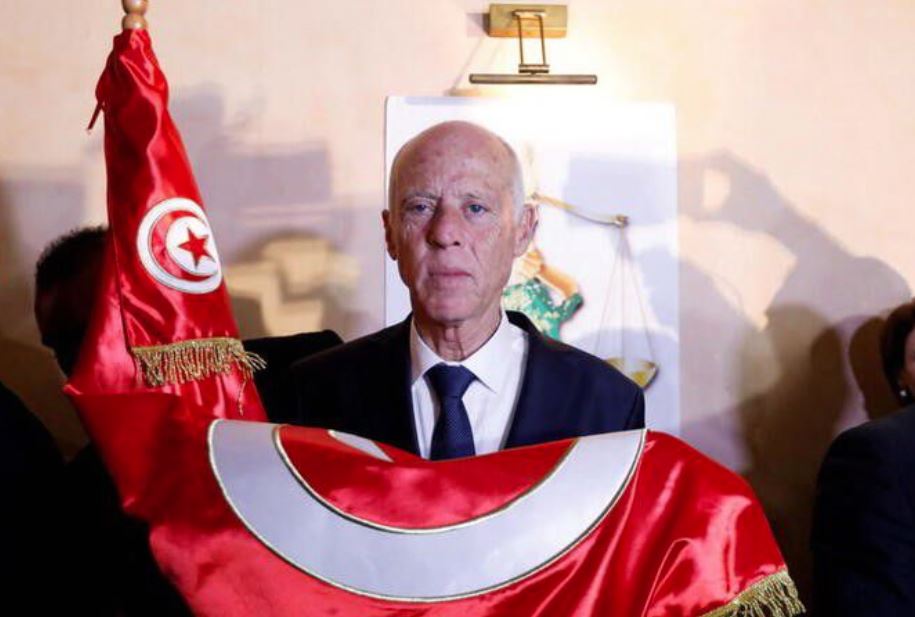 Thousands of protesters took to the streets of Tunis yesterday in opposition to a referendum on a new constitution called by President Kais Saied that would cement his hold on power.

The protest led by Abir Moussi, leader of the Free Constitutional Party, reflected growing opposition to Saied since he seized executive power last year, dissolving parliament and ruling by decree in a move opponents called a coup.

“Tunisians are starving, public finances are collapsing, but Saied does not care.. He only focuses on a personal project to impose his constitution... we will not accept that,” Abir Moussi told the crowd.

Saied is seeking to overhaul the constitution to give the presidency more powers, against the backdrop of a tanking economy and fears of a public finance crisis.

He intends to put the new constitution to a referendum on July 25.

Another protest called by other opposition parties, including the Ennahda Islamist party, is expected tomorrow to protest against the referendum and Saied’s latest decrees, such as the dismissal of dozens of judges and military trials for some politicians.

The president’s supporters say he is standing up to elite forces whose bungling and corruption have condemned Tunisia to a decade of political paralysis and economic stagnation.

However Tunisia’s main political parties have said they will boycott the referendum, and the powerful UGTT labour union, which has called for a strike on Thursday, has refused to take part in talks on the new constitution.