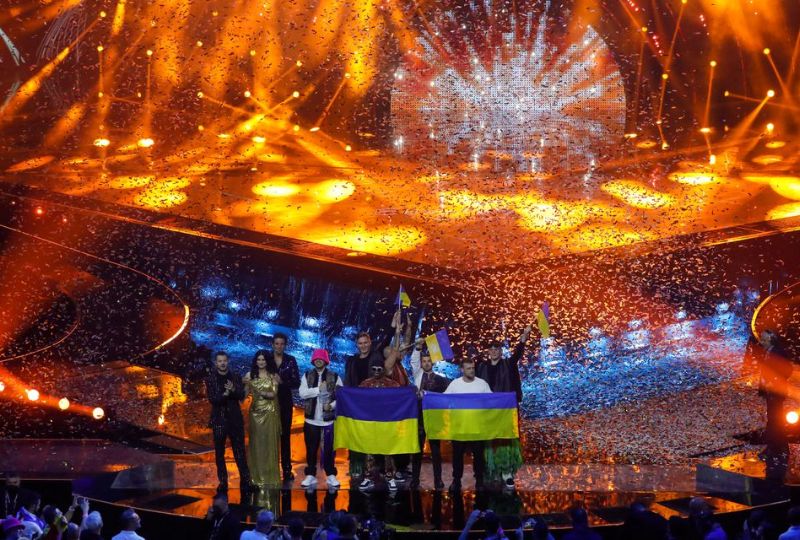 LONDON - The Eurovision Song Contest is likely to be held in Britain in 2023 as the organisers deem it too risky for this year's winners Ukraine to host it due to the war, drawing immediate disappointment from Kyiv.

While decades-long tradition dictates that the winner of the contest gets to host it the following year, organisers said the security guarantees required to hold the competition meant discussions would be held with the runner up, Britain.

Ukraine was not happy with the decision, with Culture Minister Oleksandr Tkachenko, on Telegram, demanding more negotiations "because we believe that we will be able to fulfil all the commitments we have made".

The group rode a wave of public support to claim an emotional victory with "Stefania" that was welcomed by the country's president.

Organiser the European Broadcasting Union (EBU) said it was in discussions with British broadcaster the BBC to host the next event.

"The EBU ... share their sadness and disappointment that next year's contest cannot be held in Ukraine," the Eurovision Song Contest said.

"It is our full intention that Ukraine's win will be reflected in next year's shows."

The event normally draws a television audience of close to 200 million.

"We would be committed to ensuring that it overwhelmingly reflects Ukraine's rich culture, heritage and creativity as well as building on the ongoing partnership between our two countries," a spokesman for British Prime Minister Boris Johnson, who was visiting Kyiv on Friday, said.

The BBC said: "Clearly these aren't a set of circumstances that anyone would want ... we will of course discuss the BBC hosting the Eurovision Song Contest."

The last time Britain hosted the annual competition was in 1998 when it was held in Birmingham after British rock band Katrina and the Waves' song "Love Shine a Light" won the year before.

Ukraine can and should host the 2023 Eurovision Song Contest, British Prime Minister Boris Johnson said on Saturday, after the organisers said they were in talks to hold it in Britain instead due to the war.

"Of course I would love it to be in this country but the fact is they won and they deserve to have it and I believe they can have it and I believe that they should have it," Johnson told reporters on arrival back in Britain after a visit to Kyiv.
"I believe that Kyiv or any other safe Ukrainian city would be a fantastic place to have it," he added. "It is a year away, it is going to be fine by the time the Eurovision Song Contest comes round and I hope the Ukrainians get it."