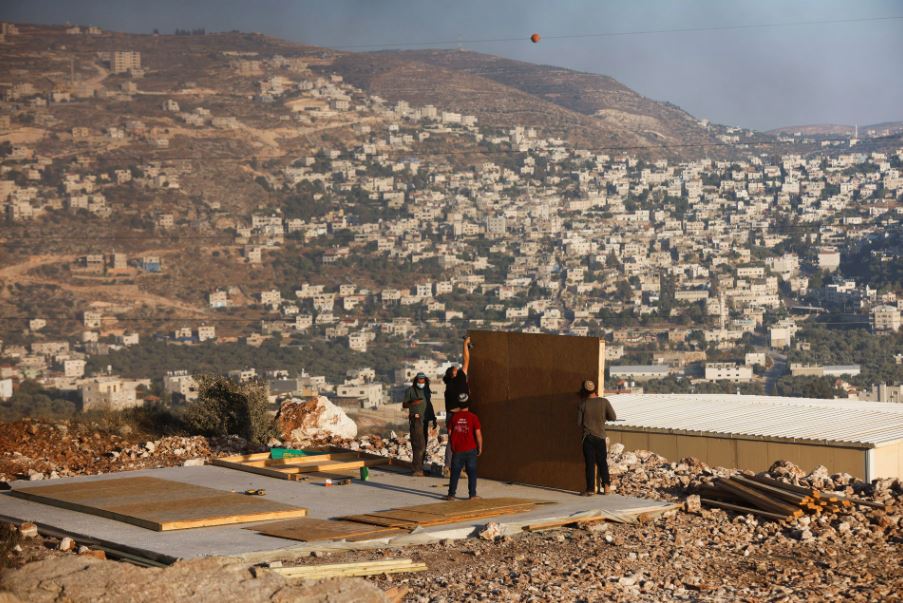 JERUSALEM- An Israeli settler stabbed a Palestinian man to death during a confrontation in the occupied West Bank on Tuesday, the Palestinian Health Ministry and a witness said.

An Israeli police spokesperson said it was unclear who stabbed the man. They were investigating the incident but no arrests had been made.

The Palestinian Health Ministry said the 28-year-old, identified as Ali Hassan Harb, had been stabbed in the heart by a settler.

"We heard that settlers came onto our land. We went there, me, Ali and three others. When we got there we saw settlers," said a Palestinian resident from the village of Iskaka, near the Israeli settlement Ariel, who asked not to be identified.

"We kicked them out but they returned when the police and the army arrived at the scene. They were many and they fired into the air and aimed their guns against us. One of the settlers we kicked out attacked us and he stabbed Ali with a knife," he said.

The Palestinian Ministry of Foreign Affairs condemned the killing.

Deadly Israeli-Palestinian violence in the West Bank and Israel has risen in recent months.