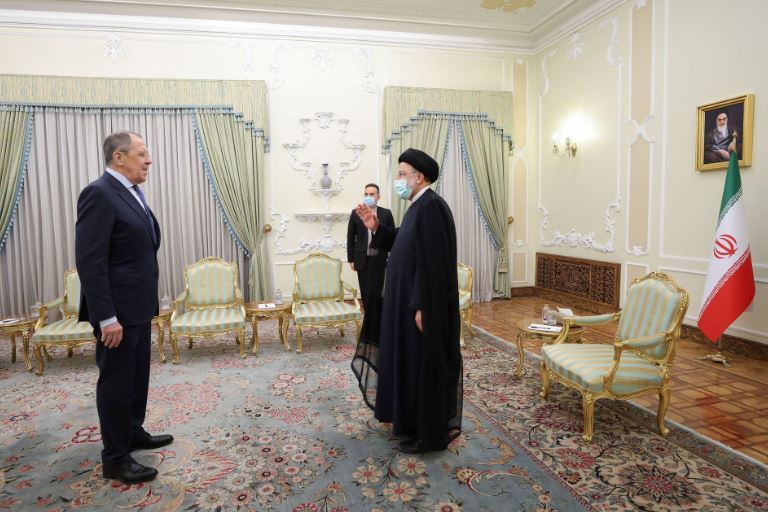 Russian Foreign Minister Sergei Lavrov arrived in Iran on Wednesday, Iranian state TV reported, as world powers and Tehran are struggling to revive their 2015 nuclear pact and negotiations are stalled.

Russia's foreign ministry posted a clip of Lavrov's opening remarks during a meeting with Iran's President Ebrahim Raisi in which he said Moscow was adapting to what he called the West's aggressive policies.

"In all the countries experiencing the negative influence of the selfish line taken by the United States and its satellites, there arises the objective need to reconfigure their economic relations so they can avoid relying on the whims and vagaries of our Western partners," Lavrov said.

Last month Moscow said Russia and Iran, which are both under Western sanctions and sit on some of the world’s largest oil and gas reserves, had discussed swapping supplies for oil and gas as well as establishing a logistics hub.

While Moscow is challenging Western sanctions over Ukraine, Tehran's clerical rulers have been struggling to keep Iran's economy afloat because of US sanctions that were reimposed after Washington exited Tehran's nuclear deal in 2018.

Iranian State TV showed Lavrov meeting Raisi, but gave no details. The Iranian foreign ministry said on Monday that Lavrov's visit was aimed at "expanding cooperation with the Eurasian region and the Caucasus".

Indirect talks between Tehran and U.S. President Joe Biden's administration to reinstate the pact have been on hold since March, chiefly over Tehran's insistence that Washintn remove the Islamic Revolutionary Guard Corps from the US list of designated terrorist organisations.