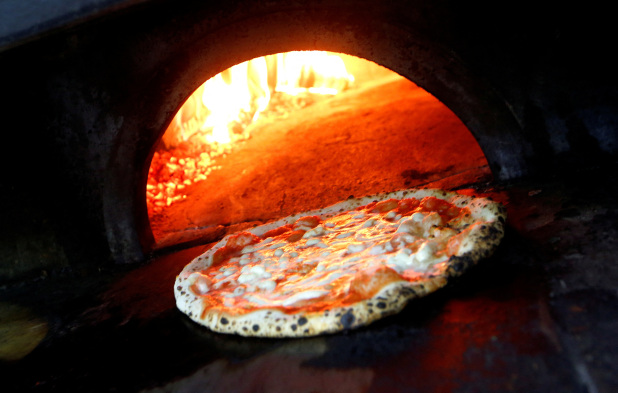 ROME - Pizza: high-end gourmet fare or affordable food for the people? That is the question pitting Italian billionaire Flavio Briatore against chefs in Naples, where pizza making has UNESCO world heritage status.

A staple for Italians and a favourite around the world, pizza is traditionally made of simple ingredients, with restaurants in the southern city of Naples serving the classic Pizza Margherita for as little as 4 euros ($4.24).

Briatore challenged these low prices in his answer to criticism of the prices charged at his Crazy Pizza restaurants, in London, Montecarlo, Riyadh and Italy, where a Spanish Pata Negra ham-topped pizza sells for 65 euros and customers are charged 49 euros for ones covered in black truffle shavings.

"Pizza at 4 euros? What do these people put in pizzas?" Briatore wrote on Instagram, dismissing cheap Neapolitan Margheritas as "bricks of dough with a puddle of tomato".

In response to Briatore's remarks, one of Italy's most famous pizza chefs, Gino Sorbillo, served free pizza in front of his family restaurant in central Naples.

"(Briatore) says that cheap pizza is not good? We make it like this, taste it and tell me what it's like," Sorbillo told RTL radio.

Offering a truce, Sorbillo has suggested that for one evening, Briatore's cooks should prepare their dishes side-by-side with Neapolitan chefs "to let his clients, used to gourmet pizza, taste a typical Neapolitan one, in a healthy challenge". ($1 = 0.9442 euros)