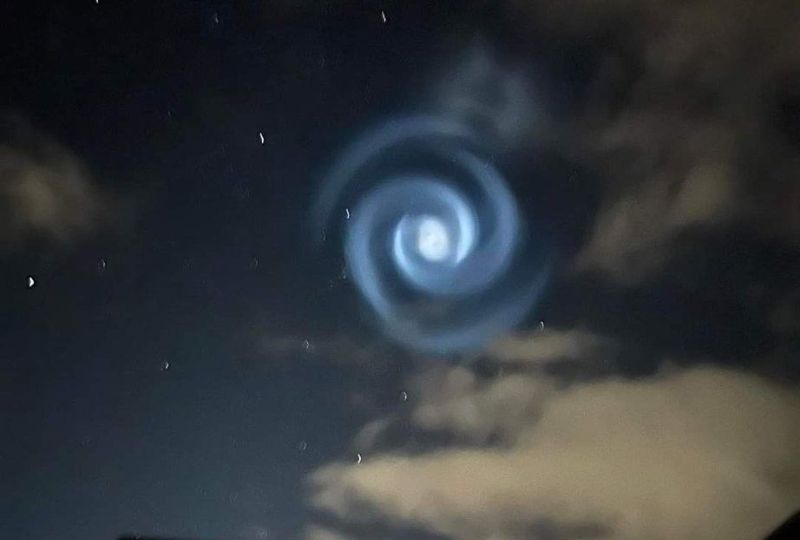 It was a normal night in Queenstown, New Zealand until a mysterious spiral lit up the night sky.

The phenomenon that was seen across many towns and cities in the south of New Zealand prompted some hilarious responses from spectators with some blaming 'aliens' and some commenting that the 'multiverse was opening up'.

The spiral formed over New Zealand's South Island at around 7.30pm local time on Sunday and was seen by people in Queenstown and Motueka, according to the New Zealand Herald.

Eyewitnesses say that the spiral was not stationary, but was rather, drifting northwards.

The phenomenon was later attributed to a SpaceX Falcon 9 venting leftover fuel as it fell naturally into the Pacific Ocean.

SpaceX launches have produced other pretty patterns in the sky as well.

In May, for example, a Falcon 9 launch of SpaceX Starlink internet satellites produced a "space jellyfish" in the predawn sky over Florida's Space Coast.