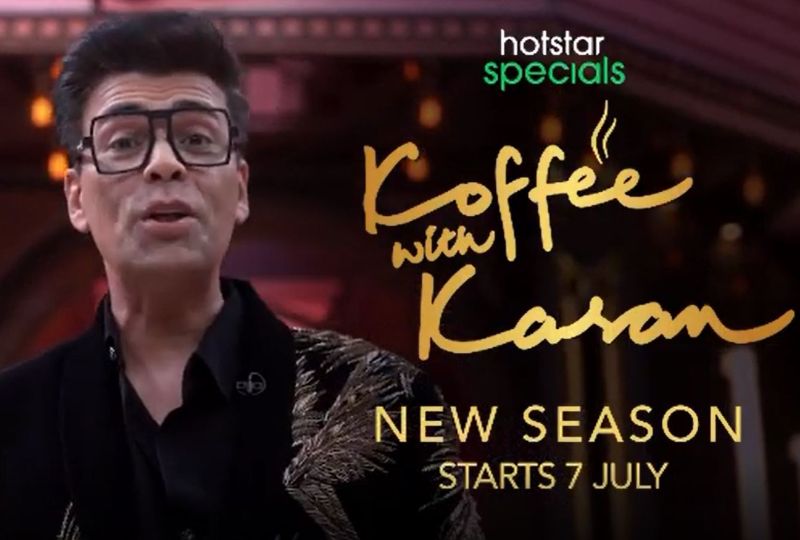 A-list celebrities from the Indian film industry will once again be taking a seat at the coffee table to face Karan Johar's fiery questions as 'Koffee with Karan' is set for a return this week.

A teaser for the show has been released to give the fans a taste of what to expect.

The seventh season of the talk show, which has garnered a massive fan base due to its candid interview format, will stream on Disney+ Hotstar from July 7.

'Koffee with Karan' premiered in 2004 on Star World with Shah Rukh Khan and Kajol as guests.