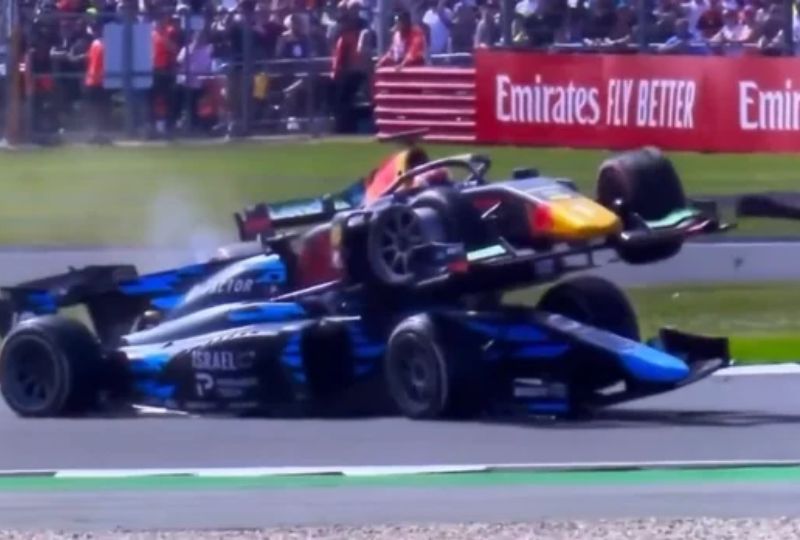 What should have been an exciting day of Formula 2 racing at Silverstone race track, nearly ended in disaster.

In this morning's F2 race, Dennis Hauger's car was launched into the air after he hit a sausage curb on the second lap. He landed directly on top of Roy Nissany's car.

Thankfully, both drivers emerged uninjured from the crash because of the 'halo' safety mechanism fitted to both cars. The 'halo' is fitted to the top of the cockpit in a car, to protect the head of the driver.

When will people learn?

We need to use a safer way to control track limits.

The halo has been one of the best safety systems to be introduced, let’s move forward with track limit policing too.

Nissany had been competing with Hauger for position before last season's F3 champion slid onto the sausage curb and was launched into the air.

The aftermath of the collision saw fans take to Twitter to pay tribute to the halo.

Previously, the safety mechanism has been credited with saving the lives of drivers.

The most notable crash in recent memory is Romain Grosjean's fiery collision in Bahrain in 2020, where his car was split in half.