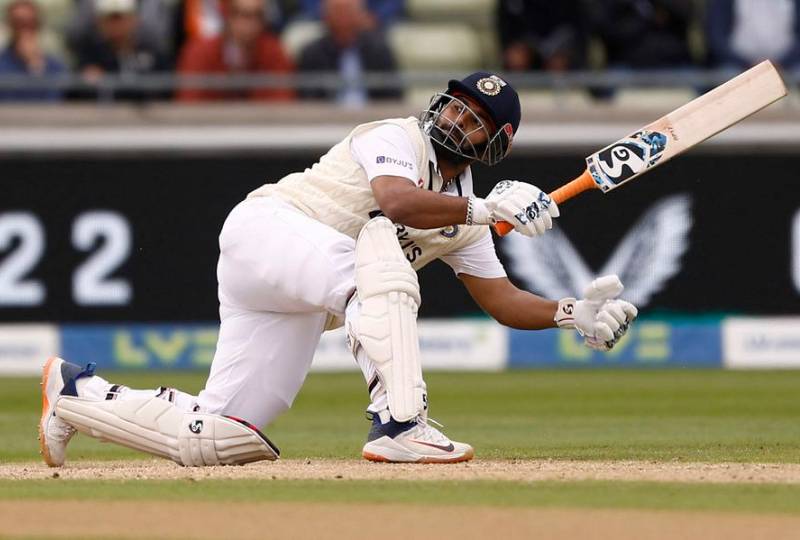 BIRMINGHAM: India's Rishabh Pant followed his first innings 146 with a half-century as their overall lead swelled to 361 on day four of the rearranged fifth test against England at Edgbaston on Monday.

The tourists, 2-1 ahead in the series, were 229-7 at lunch with all-rounder Ravindra Jadeja (17) and tailender Mohammed Shami (13) in the middle.

Earlier, Stuart Broad earned England a breakthrough after India had resumed on 125-3.

Cheteshwar Pujara had been calmness personified in his dour knock of 66 but an uncharacteristic slash at a short and wide delivery from Broad had him caught at backward point.

Shreyas Iyer hit three boundaries in his 19 but fell into a short ball trap, pulling Matthew Potts straight into the hands of James Anderson at mid-wicket.

Zak Crawley spilled a difficult catch at slip when Pant was on 45 and, while the batsman could not be denied his fifty, which he brought up with a boundary off Broad, his stay was soon cut short.

Pant attempted a reverse-sweep against left-arm spinner Jack Leach and Joe Root took a sharp catch in the slip.

Potts bounced out Shardul Thakur who suffered back-to-back knocks on the helmet in successive deliveries before being dismissed for four.