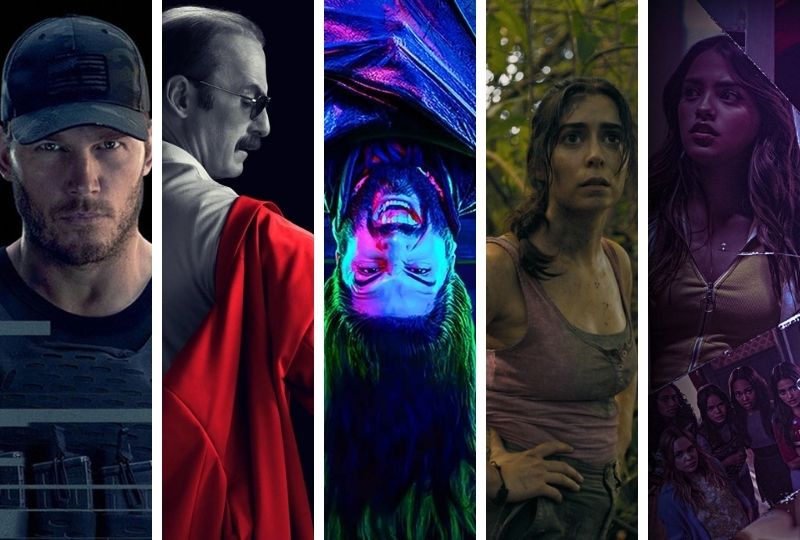 Here is our list of the best new TV shows to binge in July:

Nobody's surprised with this being our top pick. The second part of Stranger Things 4 is quite possibly the most awaited 2 episodes of the year. And for those who still haven't watched it yet, you are in for a wild ride!

Original Sin occurs 20 years after a tragic event almost tore the town of Millwood apart, leaving a new generation to pick up the pieces. An unknown foe, also known as A, tortures a group of teenage girls as they are forced to pay for the wrongs of their parents.

It's time to finally say goodbye to Saul Goodman. The character, who became a fan favourite after his stint on 'Breaking Bad', will finally transition from Jimmy McGill to Saul Goodman at the end of this series. It is also reported that Bryan Cranston and Aaron Paul will also be reprising their roles and Walter White and Jesse Pinkman.

Chris Pratt plays Lt. Commander James Reece in this revenge series from Amazon. After being ambushed and losing his entire platoon, Pratt's Reece sets out for revenge against those responsible. The series will also mark Chris Pratt's return to TV since his breakout role in 'Parks and Rec'.

After living most of her life in relative obscurity, highschooler Erika Vu decides to have one last wild night before graduation. The problem? She wakes up the next morning as a ghost. The show follows Erika as she figures out what "unfinished business" she has left.

What We Do in the Shadows S4

Our favourite campy vampires are back for a fourth season! All the cliffhangers from the season 3 finale will be solved as our beloved group of immortals will return to their house in Staten Island.

In the hopes of rekindling their dying marriage, Noah and Emma played by William Jackson Harper and Cristin Milioti stumble onto a 15 year old missing persons case. The Resort is touted to be a dark comedy along the lines of 'Only Murders in the Building'.

This coming of age story about four girls takes a dark twist when on the morning after Halloween 1988, the four teenagers are transported into the future. And the future isn't a utopia at all, it's a war ground between factions of time travellers.

After the enormous success of 'Insecure', Issa Rae returns with 'Rap Sh!t', a series about two high school best friends who reunite years later to try and make it as rap group.