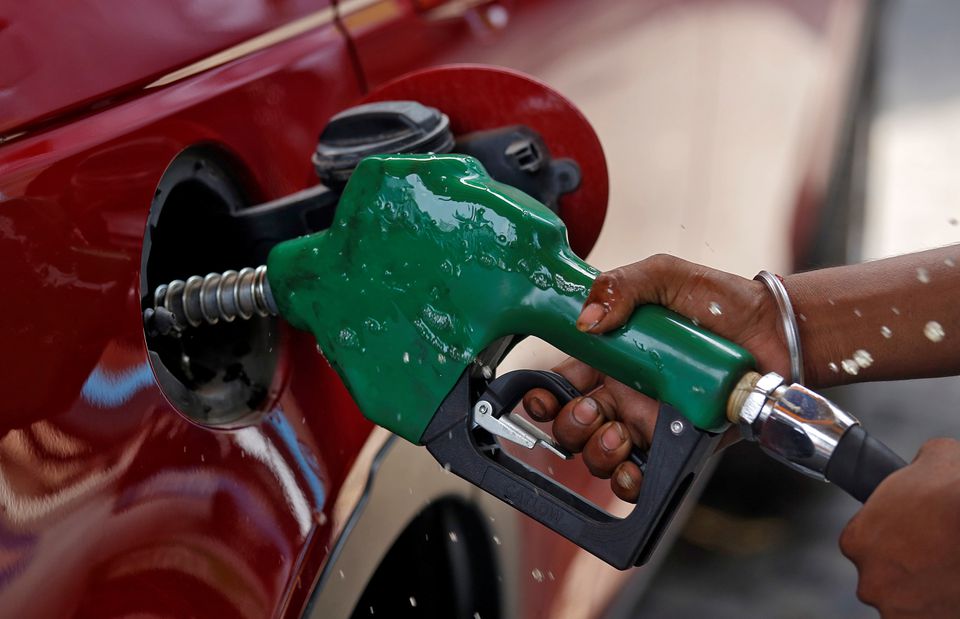 FILE IMAGE: A worker holds a nozzle to pump petrol into a vehicle at a fuel station in Mumbai, India, May 21, 2018. Reuters Photo

NEW DELHI: India's latest measures aimed at boosting domestic oil supplies could reduce its diesel and gasoline exports in the second half of the year, keeping global supplies tight and underpinning prices, traders and analysts said.

The world is grappling with tight gasoline and diesel supplies as Western sanctions have reduced exports from Russia while demand has surged in a post-pandemic recovery.

India's curbs follow similar measures taken by China that have reduced oil product exports from the world's No. 2 refiner.

In order to reap record margins, India, the world's No. 3 oil importer, has ramped up imports of cheap Russian oil and increased oil product exports.

However, the country announced on July 1 a windfall tax on local oil producers and refiners and imposed new restrictions on export volumes in a bid to increase local supplies to meet rising demand and raise federal revenues.

"The export tax hike could see third-quarter diesel exports come in 100,000 barrels per day (bpd) lower to 640,000 bpd on average than our original estimate before the policy changes," consultancy Energy Aspects said in a note.

"Indian exports will not drop to zero as the new rules just make it relatively less economic to export while also putting a maximum threshold on private refiners' export volumes."

Consultancy FGE has revised down its forecasts for the country's gasoline exports by 50,000 bpd and diesel exports by 90,000 bpd for the remainder of 2022.

In the first five months this year, India's gasoline and diesel exports jumped more than 16% on year to 150.75 million barrels, government data showed. Cargoes were mainly headed to the Asia Pacific, Africa and Europe, according to Kpler.

Indian refiners are required to sell domestic buyers the equivalent of at least 30% of their diesel export volumes. For gasoline, it's 50%.

"Both Reliance and Nayara Energy are well within the compliance range for diesel, but near the upper limit for gasoline," FGE said, based on their estimates for production and exports in recent months.

The windfall taxes will be applicable on Reliance's 704,000 bpd export refinery in Jamnagar, although the refinery is exempt from export curbs. The complex comprises two refineries with combined capacity to process about 1.4 million bpd.

FGE expects a 40,000-50,000 bpd drop in Reliance's total gasoline and diesel exports in the months ahead.

India's bid to limit exports at a time when global spare refining capacity has already been constrained and Chinese product exports are expected to remain low will likely boost diesel and clean products cracks in Singapore after the selloff this week, Energy Aspects said.

It would also impede stockbuilding elsewhere and set the global diesel markets up for a very tight winter, the consultancy said.

Asian refining margins of diesel have risen more than 192% since the Russia-Ukraine crisis started amid a global shortage and changes in trade flows, while the gasoline cracks have more than doubled on tight supplies and recovering demand, Refinitiv Eikon data showed.

However, traders said given the discounted Russian oil these refiners have been buying and record high refining profit margins for distillates and gasoline, volumes will return to a normal range by March 2023.