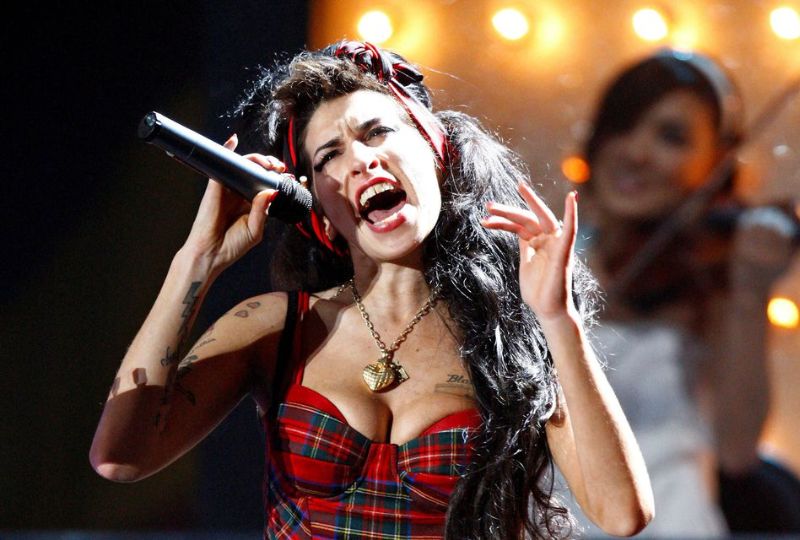 LONDON - A feature film about late British singer Amy Winehouse is in the works, with "Fifty Shades of Grey" director Sam Taylor-Johnson at the helm of the biopic, production and distribution company Studiocanal has said.

Called "Back to Black", the film will look at the life and music of the six-time Grammy Award winner, who died from alcohol poisoning at her north London home on July 23, 2011. Winehouse, who struggled with drink and drug problems through much of her career, was 27 years old.

"Studiocanal is gearing up to make Back to Black. Project is advancing with Sam Taylor-Johnson attached to direct the feature film on the life and music of Amy Winehouse," Studiocanal said, adding a script had been written for the film.

"Back to Black is being made with full support from the Amy Winehouse estate."

British filmmaker Taylor-Johnson is known for directing the first "Fifty Shades of Grey" film, an adaptation from the hit book trilogy, drama "A Million Little Pieces" as well as episodes for television series "Gypsy" and "Solos".

Considered one of the most talented singers of her generation with hits including "Rehab" and "Back to Black", Winehouse's untimely death shook the music world.

Several documentaries about her have been made, the most recent narrated by her mother and airing on Britain's BBC in 2021 to mark 10 years since the singer's death.

A 2015 documentary "AMY" about Winehouse won director Asif Kapadia an Oscar, although at the time the singer’s father Mitch Winehouse called it misleading and said the family had disassociated itself from the film.

Industry publication Deadline said the search for the actor portraying Winehouse in the film would start in coming weeks.