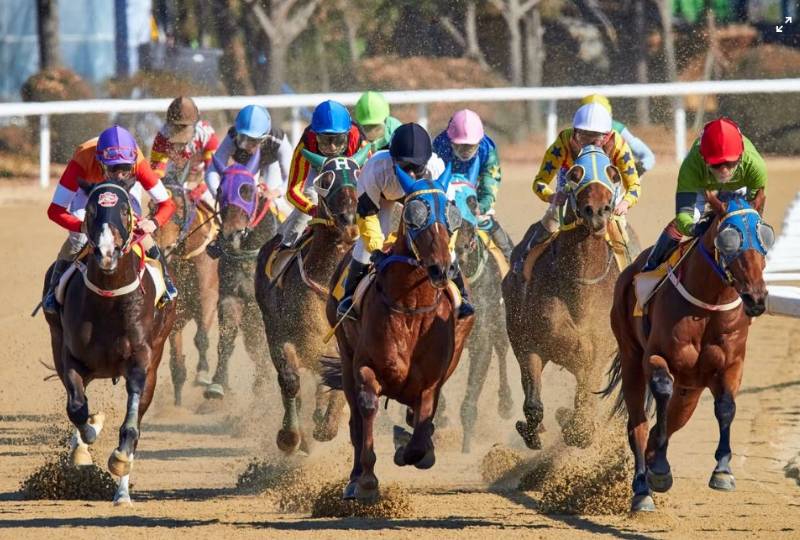 A race horse drowned in a pond at a track at MGM Northfield Park in Ohio on Monday after finishing second in a harness race, the Ohio State Racing Commission confirmed on Wednesday.

Handlers were unhooking the horse named Alfred Hanover from the two-wheel race bike when a nearby tractor scared him and he ran into the pond and drowned, Freddie Hudson, CEO of the US Harness Racing Alumni Association, told Cleveland TV station WKYC.

MGM Northfield Park did not immediately respond to a request for comment but general manager Matt Buckley told WKYC that the track was "deeply saddened" by the death.

Marty Irby, the executive director of Animal Wellness Action, told Reuters that the Ron Burke-trained horse was still wearing his leg hopples when he entered the water, which prevented him from being able to swim.

Irby added that a similar type of incident had occurred at MGM Northfield in the past and track officials had previously said they would put up a barrier around the pond but did not. Construction on a fence had started on Wednesday, Irby said.

"As the body count continues to climb, these rampant deaths continue to turn the betting public away from the horse racing industry," Irby said.

"Where else would we tolerate any athlete drowning during a sporting event without a serious investigation? The authorities should investigate this incident, and MGM Northfield should elevate their standards to protect the horses at all costs."