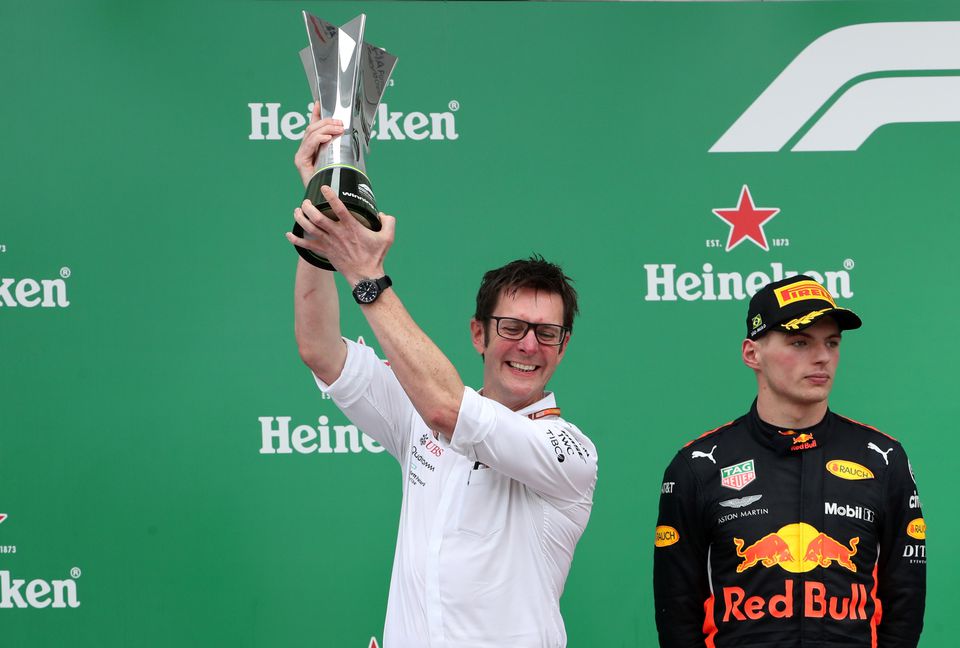 Mercedes can be French Grand Prix podium contenders but a race win still looks out of reach, the Formula One team's trackside engineering director Andrew Shovlin said on Saturday.

The reigning champions have yet to win this season but arrived at Le Castellet's Circuit Paul Ricard with plenty of expectation, at least from outside, that the track characteristics would suit their upgraded car.

The reality after Friday practice looked less encouraging, however.

"In terms of performance, we've brought a small update but not one that's going to see us leapfrog any teams," Shovlin told reporters.

"The big question for us was does the circuit suit us more than Austria or less than Silverstone and if you look at yesterday the positives were that the car wasn't bouncing, I think we're now at the better end of that.

"We were able to run the car where we want to run it. Single lap pace, we'd certainly say Max (Verstappen) is out of reach and it looks like Charles (Leclerc) is well out of reach," added the Briton.

"We're still looking to be I think podium contender rather than win contender."

Red Bull's championship leader Verstappen is 38 points ahead of Ferrari's Leclerc, his closest rival, after 11 of 22 races.

Ferrari's Carlos Sainz was fastest in Friday practice but the Spaniard will start at the back of the grid due to engine penalties.

Shovlin said Mercedes could hope to be on the second row with seven-times world champion Lewis Hamilton and George Russell.

"George had a better (Friday) session than Lewis. Lewis missing FP1 (first practice) is one thing but then the balance wasn't where he wanted it in FP2 and in that situation it's quite difficult to recover," he said.

Hamilton handed over his car in first practice to reserve Nyck de Vries as part of a commitment by teams to give track time to younger drivers.