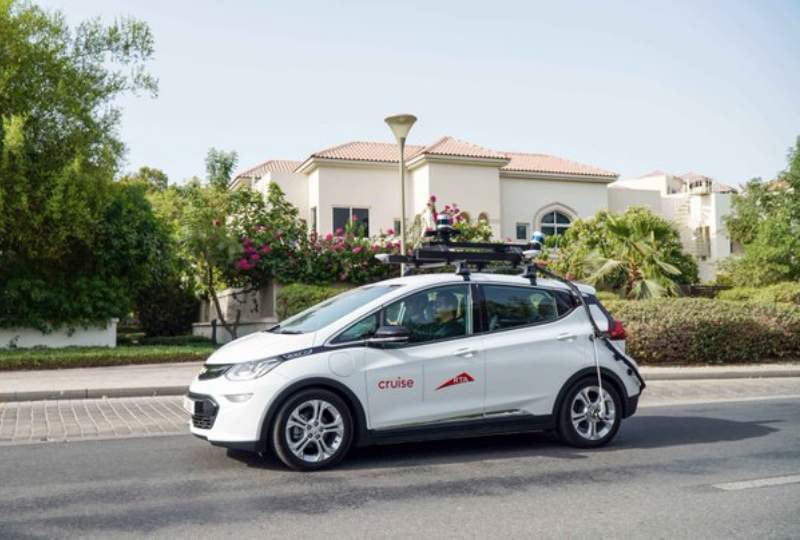 Dubai gets a step closer to the introduction of driverless taxis as two cars roam the streets to create a digital road map of the emirate for the taxis to navigate.

The taxis will use navigation technology provided by Cruise, a US self-driving car company, which uses a high-resolution map of the physical environment.

The map is created using vehicles equipped with sensors including Lidar (Light detection and ranging) and cameras which scan their surroundings storing it as data.

The data collected will then be used to create the map that the driverless taxis will follow.

"The agreement, which is the first of its kind worldwide between a government entity and a leading company in the field of autonomous vehicles, is a major step toward realising Dubai’s Self-Driving Transport Strategy," said the RTA on Twitter.

Two Chevrolet Bolt electric vehicles, mounted with cameras and sensors, are the first to be used ahead of the introduction of the automated taxis next year.

The vehicles will be initially driven in Jumeirah by specialist drivers.

Mattar Al Tayer, director general of RTA, said "limited numbers" of the cars would be introduced by 2030.

Dubai aims to make 25 per cent of trips, across various modes of transport, autonomous by 2030. It is also expected that by that time 4,000 driverless taxis will be in operation.

The introduction of driverless vehicles is also expected to reduce the total number of road accidents in Dubai.

Dubai Taxi Corporation's Strategic Plan for 2021 to 2023 has set out that by next year one in 20 taxis in Dubai to be driverless.

The RTA has said it will complete rigorous testing before that launch to ensure the taxis are fully prepared and safe for roads.

Ten driverless taxis are due to begin operating across various Abu Dhabi locations this year in the next stage of the plans.