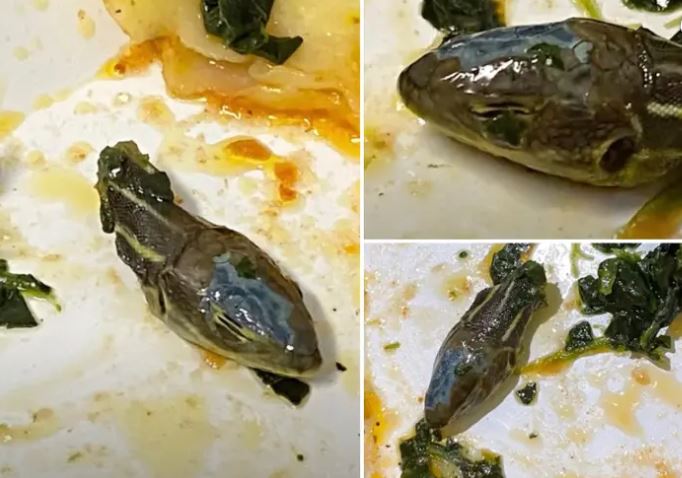 A flight attendant was left mortified after allegedly discovering a severed snake's head in an in-flight meal.

The shocking incident took place aboard a Türkiye-based SunExpress flight from Ankara in Türkiye to Dusseldorf in Germany, it was revealed.

A video shared on Twitter shows the reptile's decapitated head lying in the middle of the food.

Severed snake head found in a Sunexpress in-flight meal.
The flight was enroute to Düsseldorf from Ankara when a cabin crew member, who had eaten most of the meal, found it.
Dead snails have previously appeared in the airline’s flight meals.
A company providing catering suspended pic.twitter.com/nAgg2wSUIK

The flight attendant had already taken a few bites of the crew member meal when the alleged discovery was made, reported the Independent.

The airline immediately responded to the horrifying discovery, calling the incident “absolutely unacceptable”.

It paused its contract with the food supplier in question and has launched an investigation, its representative told local media.

The food supplier however has denied that the snake head could have originated from their facilities.

Sancak Inflight Service reportedly stated that it “did not provide any of the foreign objects that were supposedly in the food when cooking”.

The catering company stated that since its meals are cooked at 280 degrees Celsius, the relatively fresh-looking snake head must have been added after the fact.