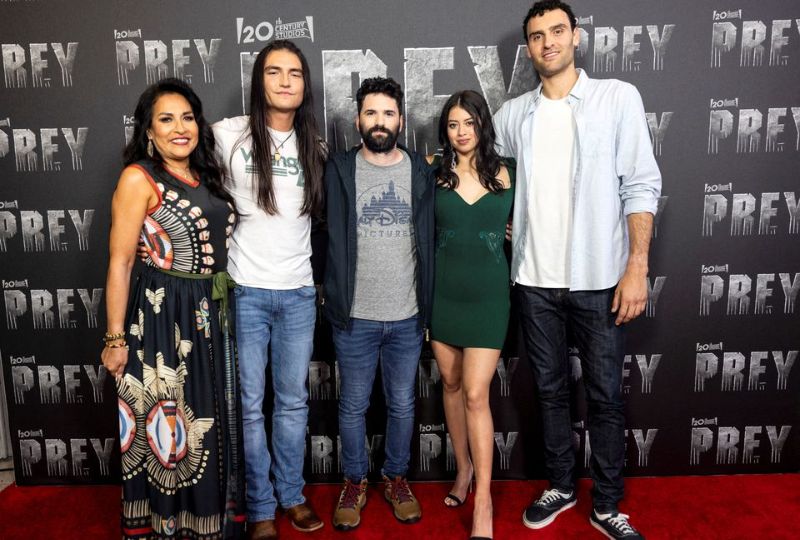 LONDON - Thirty-five years after the extraterrestrial monster movie "Predator" made its first outing, the creature is back in action in the upcoming film "Prey".

Directed by "10 Cloverfield Lane" filmmaker Dan Trachtenberg, "Prey" is set in 1719 and sees "Predator" landing in the Northern Great Plains, ready to hunt.

Based on an original idea by Trachtenberg and Patrick Aison, the movie is the latest instalment in the "Predator" franchise which began with John McTiernan's 1987 movie of the same name starring Arnold Schwarzenegger.

"Technically speaking, it's a prequel, though I'm quick to say this is not an origin story,” Trachtenberg told Reuters at the film's London premiere.

"I'm a huge 'Predator' fan and I was obsessed with making a movie that was primarily told through action. But I didn't want it to just be a visceral experience. I want it to be an emotional one as well," the 41-year-old filmmaker said.

Trachtenberg set the movie in the Comanche Nation and it features a cast comprised almost entirely of Native and First Nations actors.

"I thought, wouldn't it be great to have Native Americans and Comanche specifically, who are so often relegated to playing the sidekick or the villain and never the hero, be the leads of a giant franchise,” he said.

Amber Midthunder stars as the lead character "Naru", a fierce young woman who is determined to prove herself a worthy warrior. While out hunting she comes across "Predator" and must use her wits and hunting skills to defeat the alien beast before it reaches her camp.

"For the franchise, being 35-years old and having a Native female lead, I mean, the new Arnold, take a look at her. It's amazing!" the film's producer Jhane Myers, an enrolled member of the Comanche Nation, said.

"It's a giant vote of confidence and it is historic,” Midthunder, 25, who is Assiniboine and Sioux, said of the role.