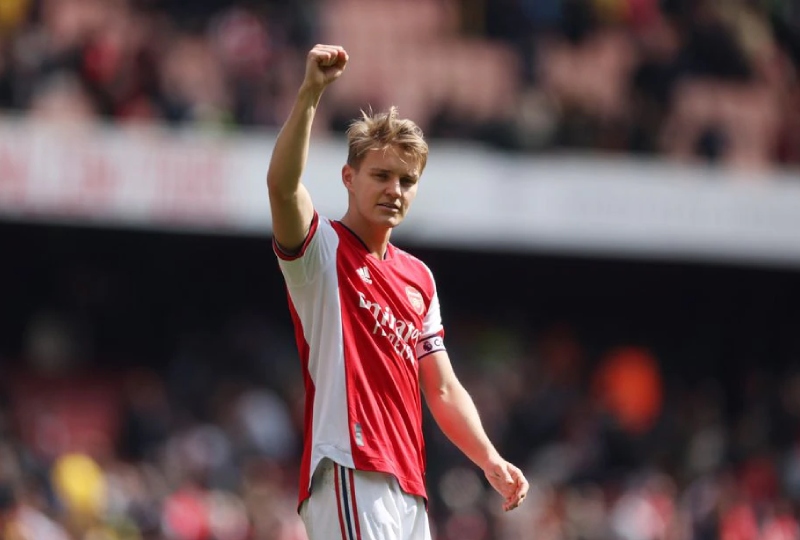 Norwegian midfielder Martin Odegaard has been named Arsenal's new captain ahead of the 2022-23 season, the Premier League club announced on Saturday.

Odegaard, 23, first arrived on loan from Real Madrid in January 2021 and after impressing manager Mikel Arteta, the club moved quickly to make that transfer permanent, signing him for around 35 million euros ($35.76 million) in August last year.

Arsenal have been without a permanent captain since Arteta stripped Pierre-Emerick Aubameyang of the armband last season, with the Gabon striker eventually moving to Barcelona earlier this year.

Advertisement · Scroll to continue
His strike partner Alexandre Lacazette took the armband in the second half of last season but the Frenchman lost his place in the starting lineup and has since returned to his former club Olympique Lyonnais.

Odegaard is no stranger to wearing an armband, however, as he has been the captain of the Norway national team since March last year.

Odegaard's first match as Arsenal's fixed captain will be against Spanish side Sevilla in a pre-season friendly later on Saturday. Arsenal begin their Premier League campaign at Crystal Palace on Friday.