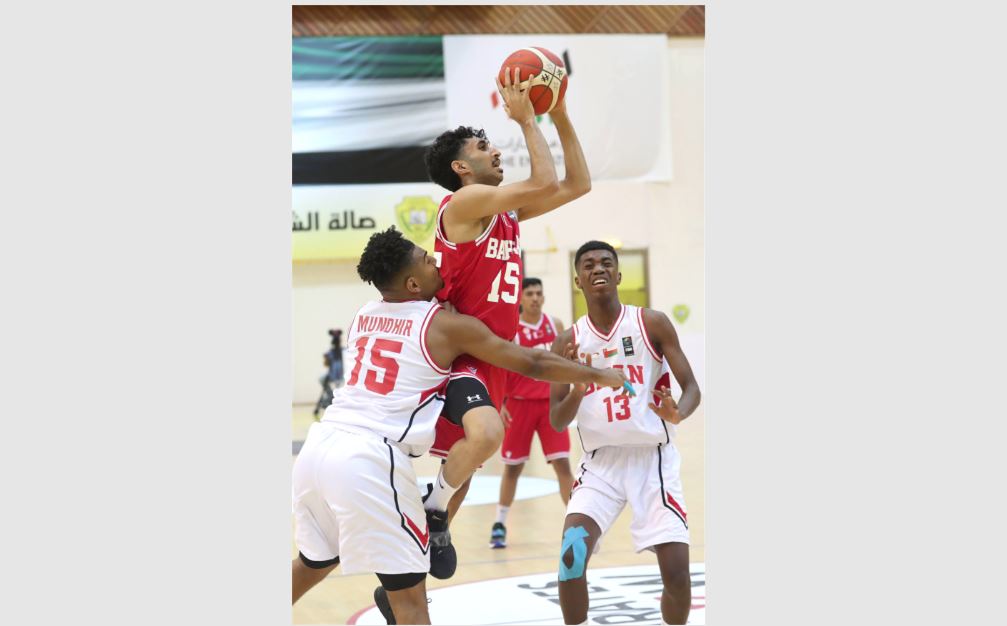 Bahrain’s Naser Alanzoor (in red) aims for the basket

Bahrain steamrolled Oman, 95-31, yesterday to snap up their second consecutive win in the FIBA Under-18 Asian Championship Gulf Basketball Association Qualifier in Dubai.

They had beaten hosts United Arab Emirates (UAE), 68-48, earlier in their opening game on Friday night.

But, while the UAE did manage to put up some semblance of a contest in the first game, Bahrain’s talented teenaged basketball players were rarely tested in an overwhelmingly one-sided game against a hapless Oman side.

Still, no one could have predicted such a huge victory margin for the Bahrainis after an eventful first quarter which saw the Omanis try manfully to keep pace with their opponents before conceding a 16-point lead by the time the buzzer sounded, with the scoreboard reading 24-8 in favour of Bahrain.

The second quarter effectively sealed the game for Bahrain as they racked up 32 points with Oman managing only four. At half-time, the score read 56-12 and that became 80-18 by the time the third quarter concluded.

The Omanis managed to display some fight in the last quarter, scoring 13 points in response to Bahrain’s 15, but it was definitely too little and extremely late.

Naser Alanzoor, the star of Bahrain’s win against the UAE, was on song again, scoring 15 points. His tally was matched by teammate Abbas Albasri but the team’s top-scorer turned out to be the nimble Omran Akbar, with 17.

Abdul Rahman Al Maamiry, the top-scorer for Oman with 14 points, accounted for almost half his team’s final tally.

A stiffer challenge now awaits Bahrain today as they take on a strong Qatar side, who will be on a high after beating the UAE, 61-45, in a closely-contested game yesterday.

The match is scheduled to start at 4pm, Bahrain time.