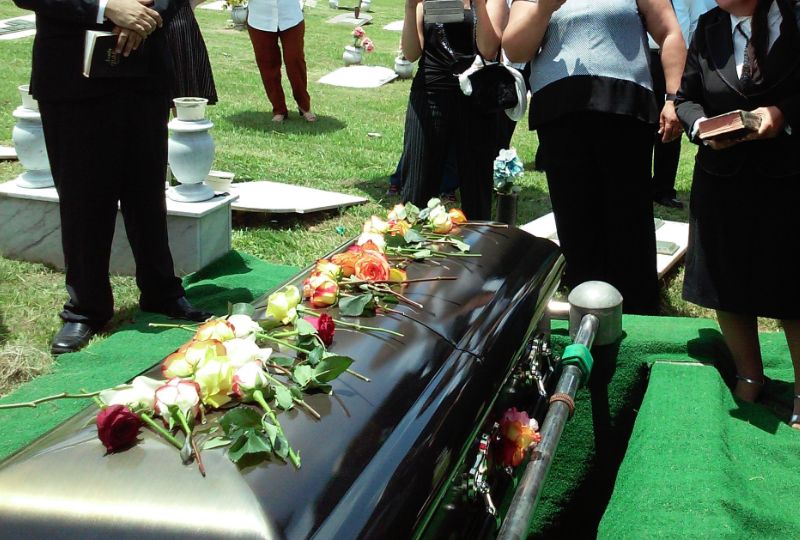 A Korean family is suing a New Jersey funeral home for $50 million for putting the wrong body in their mother's casket.

Kyung Ja Kim, who passed away on November 10th was set to be buried at an open casket funeral at Promise Church in Leonia, New Jersey on November 13. When the Kim family gathered for the funeral however, they realised that the body in the casket was not of their mother. They immediately informed the funeral director, Haemin Gina Chong. Chong denied the mix up initially.

Chong suggested that Kummi Kim, daughter of the deceased "did not appreciate a different appearance after death." This lead to Kim to rationalise the body's altered appearance was due to the embalming process and heavy mortuary makeup.

Once the body had been lowered into the ground however, Chong allegedly asked the cemetery workers to remove the body from the grave. Chong later met with the family and admitted to the mix up.

The body the Kim family had buried was reportedly Whaja Kim, a woman 20 years younger than Kim.

“They made her up and led the family to believe, ‘This is Mother, she looks a little different while she’s passed,’” Michael Maggiano, the family’s attorney, told The Washington Post. “So the family thought, ‘Well, okay, we’re not sure this is Mom, but you’re the experts, so we’ll trust you.’”

The mistake caused the Kim family to suffer “great shock, emotional distress and psychological pain and hurt upon learning that the passing of their mother was not properly celebrated but that the body of a stranger was wearing the decedent’s clothing and personal effects and placed in her coffin in error,” according to the lawsuit.

The Central Funeral Home subsequently apologised and offered the family a refund of about $10,000. The family, however, says it is not enough. In a lawsuit filed on Monday, the plaintiffs claim loss of right to interment, negligent infliction of emotional distress, intentional infliction of emotional distress, battery, and breach of contract, seeking $50 million in compensation.