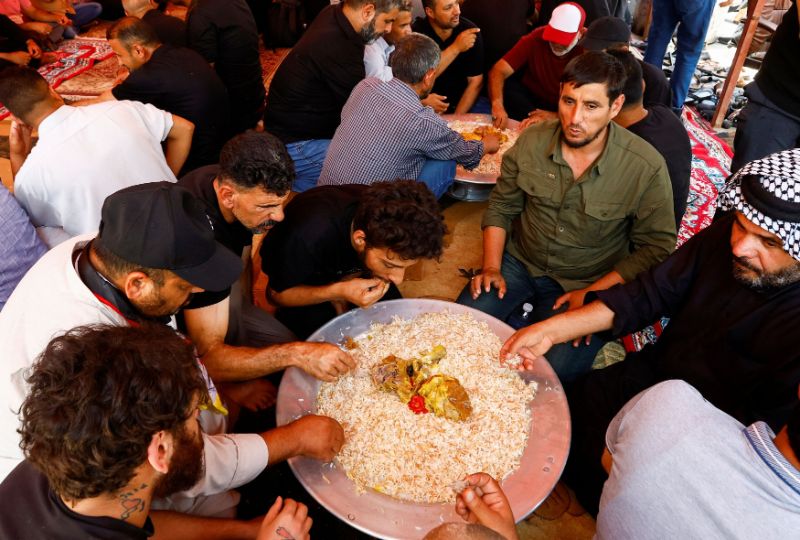 Supporters of Iraqi populist leader Moqtada Al Sadr have erected tents and prepared for an open-ended sit-in at Iraq’s parliament, in a move that could prolong political deadlock or plunge the country into fresh violence.

Thousands of the cleric’s loyalists stormed into the fortified Green Zone in Baghdad on Saturday, taking over the empty parliament building for a second time in a week as his rivals, most of them close to Iran, try to form a government.

“We’re staying until our demands are met. And we have many demands,” a member of Sadr’s political team said by phone yesterday.

Sadr’s social-political Sadrist Movement is demanding that parliament be dissolved and new elections be held and that federal judges be replaced, the Sadrist official said.

The Sadrist Movement came first in an October election as the largest party in parliament, making up around a quarter of its 329 members.

Iran-aligned parties suffered heavy losses at the polls, with the exception of former prime minister Nouri Al Maliki, an arch rival of Sadr.

Sadr failed to form a government free of those parties, however, beset by just enough opposition in parliament and federal court rulings that stopped him getting his choice of president and prime minister.

He withdrew his MPs from parliament in protests and has since used his masses of mostly impoverished followers to agitate through street protests.

The deadlock marks Iraq’s biggest crisis in years. In 2017, Iraqi forces, together with a US-led coalition and Iranian military support, defeated the extremist Islamic State group that had taken over a third of Iraq.

Two years later, Iraqis suffering from a lack of jobs and services took to the streets demanding an end to corruption, new elections and the removal of all parties.