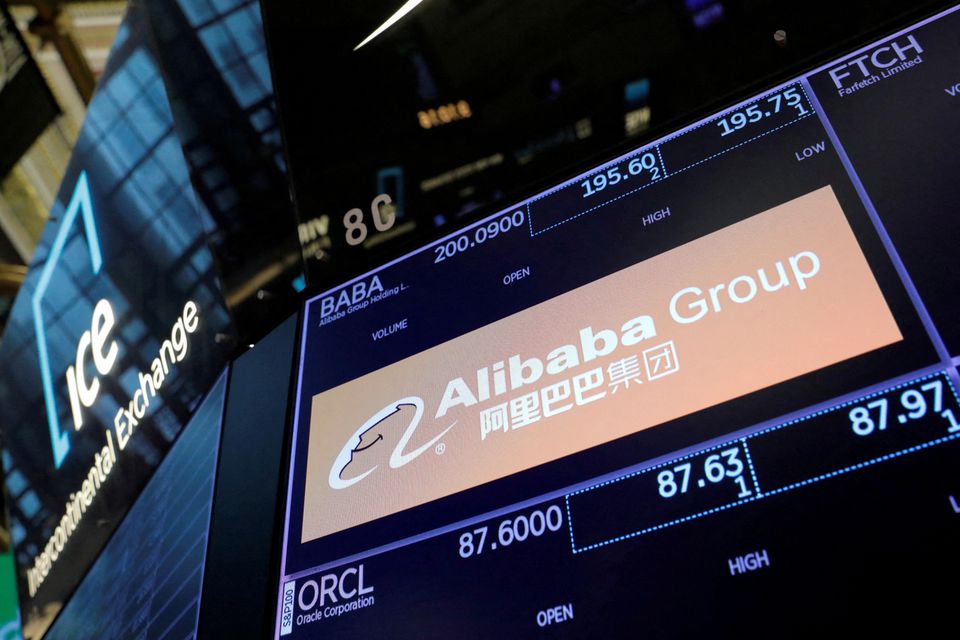 Alibaba Group Holding Ltd (9988.HK) on Monday said it would work to maintain its New York Stock Exchange listing alongside its Hong Kong listing after the Chinese e-commerce giant was placed on a delisting watchlist by US authorities.

Alibaba stock was down 4.5% in a near-flat Hong Kong market (.HSI) in early trade, following its 11.1% decline in New York on Friday.

The company on Friday became the latest of more than 270 firms to be added to the U.S. Securities and Exchange Commission's list of Chinese companies that might be delisted for not meeting auditing requirements.

The Holding Foreign Companies Accountable Act (HFCAA) is intended to address a long-running dispute over the auditing compliance of US-listed Chinese firms.

It aims to remove foreign companies from US exchanges if they fail to comply with American auditing standards for three consecutive years.

Alibaba on Monday said being added to list meant it was now considered to be in its first 'non inspection' year.

"Alibaba will continue to monitor market developments, comply with applicable laws and regulations and strive to maintain its listing status on both the NYSE and the Hong Kong Stock Exchange," it said in a statement to the Hong Kong bourse.

US regulators have been demanding complete access to audit working papers of New York-listed Chinese companies, which are stored in China.

The US rules give Chinese companies until early 2024 to comply with auditing requirements, though Congress is weighing bipartisan legislation that could accelerate the deadline to 2023.

China has said both sides are committed to reaching a deal to solve the audit dispute.

Alibaba said last week it planned to apply to convert its Hong Kong secondary listing to a dual primary listing which would make it easier for mainland Chinese investors to buy its shares.

A dual listing would allow Alibaba to apply for admission to Stock Connect, the scheme connecting Hong Kong and mainland exchanges. Analysts estimated there could be $21 billion worth of inflows from mainland investors into Alibaba stock through Stock Connect.

Both sets of listed shares are down nearly 25% so far this year as the company battles the delisting threat, ongoing Chinese tech regulation and the prospect of its founder Jack Ma ceding control of the firm's affiliate Ant Group.

Analysts at Jefferies described Alibaba's share price drop as a "knee-jerk reaction" to the news of a potential delisting, and added that the 2024 deadline for Chinese American Depository Receipt delisting gives China adequate time to resolve its audit issues.

"China is serious about wanting to resolve the audit issues with the US, and talks will continue," they wrote.The group's new secretary general, Haitham al-Ghais, reiterated on Sunday that Russia's membership in OPEC+ is vital for the success of the agreement, Kuwait's Alrai newspaper reported.

Meanwhile, US oil production continued to climb as the rig count rose by 11 in July, increasing for a record 23rd month in a row, data from Baker Hughes showed.