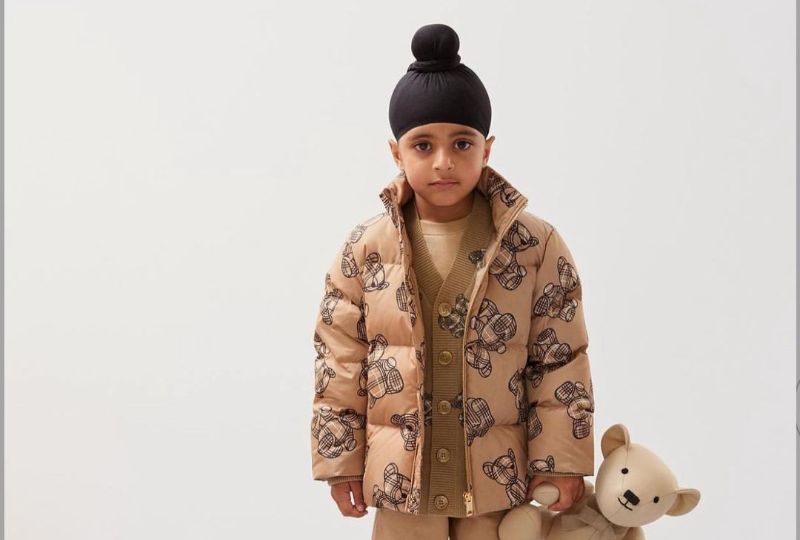 Burberry Children are paving the way for both representation, diversity, and fashion. The best example being their Autumn Winter 2022 collection which features back-to-school looks modeled by four-year-old Sahib Singh.

The casting makes him the first model to be wearing a patka — the turban worn by boys in the Sikh community, before they graduate to the pagri — in the iconic label’s official imagery.

The collection, which went live on July 26, sees Singh sporting a Thomas Burberry Bear puffer jacket worn over a cardigan and shorts.

A few hours after the collection went live on Burberry's Instagram account, Singh's pictures were met with an outpouring of affection and support from South Asian communities, who not only applauded the image, but also what it represents and the message it sends.

Back in 2013, British-Punjabi model Neelam Gill became the first person of South Asian descent to be featured in one of Burberry's campaigns.