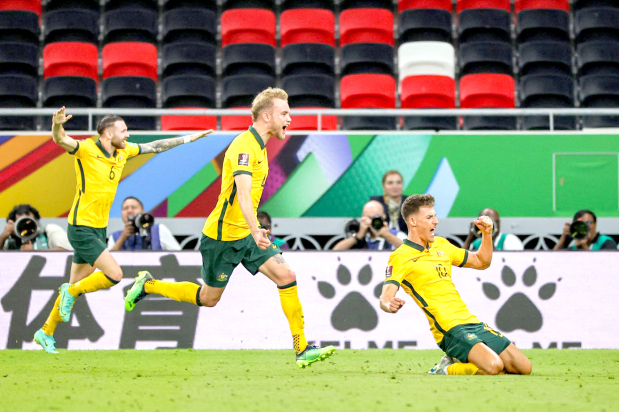 The Asian Football Confederation has confirmed a new qualifying format to factor in its expanded number of direct entries for a 48-team World Cup in 2026.

The governing body for soccer in Asia issued a statement yesterday saying a four-round qualifying system has been designed in preparation for the eight direct spots and single intercontinental playoff slot allocated to the AFC following the expansion of the World Cup.

Under the new system, the teams ranked 26th to 47th in Asia will participate in the first round of qualifying, with 11 teams advancing to join the top 25 in a second-round home-and-away series comprising nine groups, reports AP.

The top two teams in each of those groups will progress to the third round, which will be divided into three groups of six competing in round-robin format.

The first and second teams in each of those groups will get direct entries for the 2026 World Cup in the United States, Canada and Mexico.

The third- and fourth-place teams will go into a playoff round that will be divided into two groups of three.

The winners of those groups will secure spots at the World Cup; the runners-up will go into a playoff for Asia’s spot in an intercontinental playoff for a last-ditch chance at qualifying.

Asia had four direct entries for the 2022 World Cup which kicks off Nov. 21, with the first- and second-place teams – Iran, Saudi Arabia, South Korea and Japan – in two six-team groups from the third round of qualifying getting automatic spots for Qatar.

The two third-place teams met for the right to play off against the fifth-place South American team for another World Cup slot. Australia beat UAE in the Asian playoff, and then beat Peru in an intercontinental playoff to secure the 31st of 32 spots at the World Cup in Qatar.

The AFC said the qualifying format for the 2026 World Cup, and for the 2027 Asian Cup, was based on the entry of all 47 member associations “and is subject to change depending on the final number of entries.”

The Women’s Asian Cup will be staged in 2026, with the AFC confirming that Saudi Arabia, Jordan, Uzbekistan and Australia have expressed interest in hosting the tournament.

The AFC also plans to move the timing of its flagship continental men’s club tournament, the Asian Champions League, to start with a preliminary stage in August of next year and conclude with a final in May 2024.

The executive board also approved the recommendation to eliminate the away goals rule as the tiebreaker for teams finishing equal on competition points. Instead, extra time and, if necessary, penalty shootouts will be used to determine the winner of games in the home-and-away season.