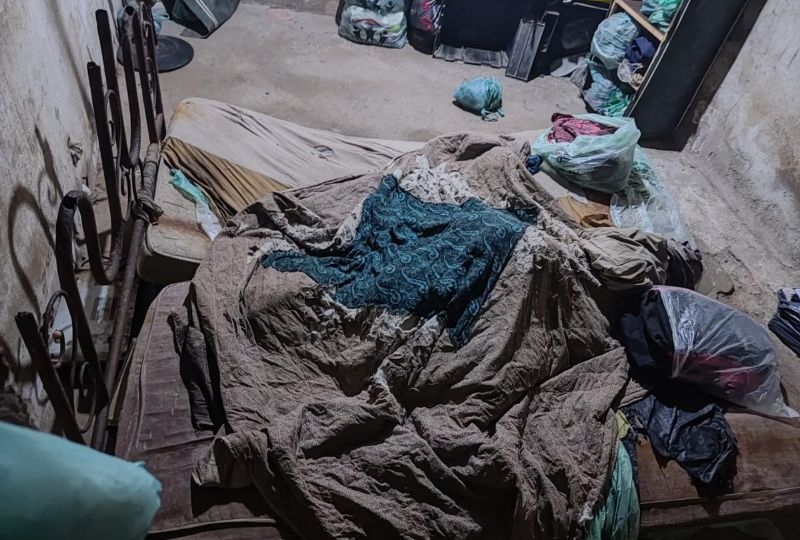 The conditions the family were kept captive in. (Photo courtesy of TW/@pmerj)

A Brazilian woman and her two adult children, aged 19 and 22, were freed by police on Friday, after 17 years of being held in captivity by her husband.

Rio de Janeiro Military Police rescued them from a poor neighbourhood in the west of Rio de Janeiro after they received an anonymous tip.

According to a statement released by the police, the mother and two children were tied up, soiled and starved.

The mother told authorities that the trio had gone three days without food and suffered abuse on a regular basis, G1 news site reported.

"When we saw the condition of the children, we thought they wouldn't survive another week," one unnamed resident of Guaratiba, where the family were held, told G1.

The Rio de Janeiro Military Police also tweeted pictures of the conditions the family were living in.