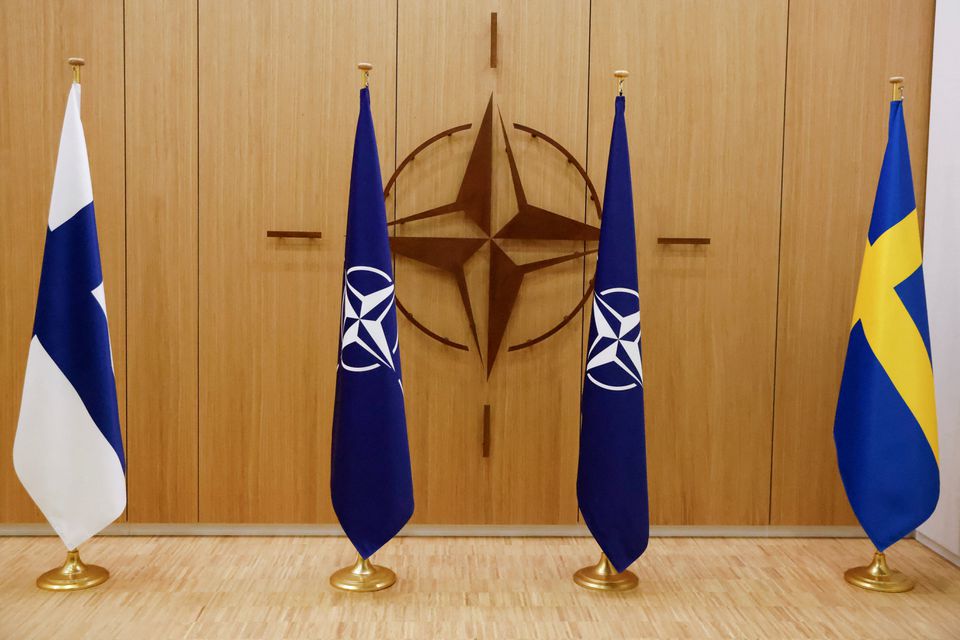 A view of the flags of Finland, NATO and Sweden during a ceremony to mark Sweden's and Finland's application for membership in Brussels, Belgium, May 18, 2022. REUTERS/Johanna Geron/Pool

WASHINGTON: The US Senate was due to vote last night on Finland and Sweden’s accession to Nato, the most significant expansion of the 30-member alliance since the 1990s as it faces the fallout from Russia’s invasion of Ukraine.

The 100-member Senate was expected to easily surpass the two-thirds majority of 67 votes required to support ratification of the two countries’ accession documents.

Most Democrats and Republicans have expressed strong support for the expansion. Last month, the Senate Foreign Relations Committee backed ratification by voice vote, with just one of the panel’s 22 members opting to vote present.

Senate Majority Leader Chuck Schumer invited the ambassadors and other diplomats from the two countries to Washington to watch the debate and vote.

“The Nato vote is a very important vote for American security around the world. Finland’s and Sweden’s membership will strengthen Nato even further, and is all the more urgent given Russian aggression,” Schumer said in remarks opening the Senate yesterday.

Finland and Sweden applied for Nato membership in response to the invasion of Ukraine by Russia, which has repeatedly warned both against joining the alliance.

Nato’s 30 allies signed the accession protocol for them last month, allowing them to join the nuclear-armed alliance once its members ratify the decision.

The accession needs to be ratified by the parliaments of all 30 North Atlantic Treaty Organization members before Finland and Sweden can be protected by the defense clause. Ratification could take up to a year.