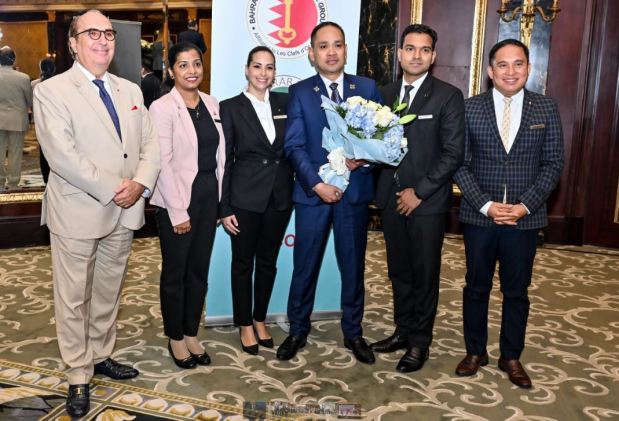 Mr Capulong, third from right, celebrates with Mr de Villele, left, and other members of The Ritz-Carlton staff at the event
ANOTHER concierge at The Ritz-Carlton Bahrain was officially recognised as a Les Clefs d’Or member in a special pinning ceremony that was held at the hotel’s Al Noor Ballroom. Concierge agent Roberto Capulong, who started in the property back in 1994 as a bellman, joins chief concierge Mark Nadonza who became a member of the prestigious organisation back in 2016 .