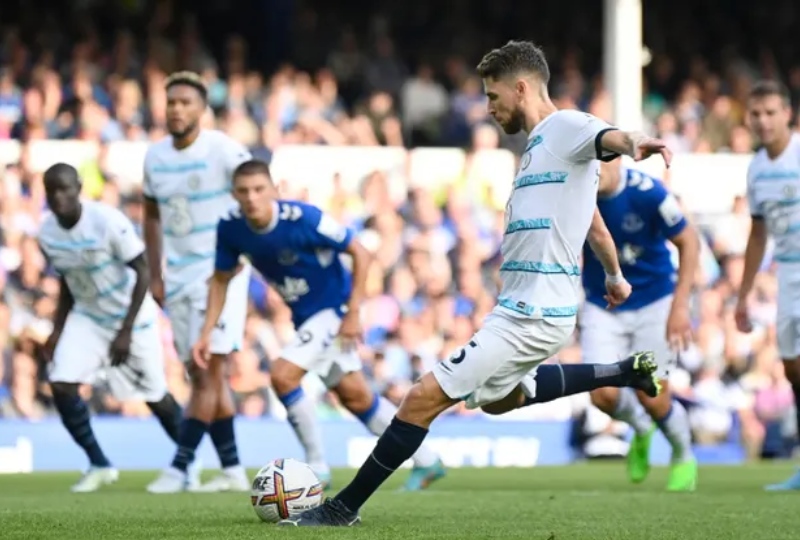 Chelsea’s Jorginho scores their first goal from the penalty spot

A first-half penalty from Italy midfielder Jorginho was enough to earn Chelsea a 1-0 win at Everton on Saturday to get their new Premier League campaign off to a positive start.
Chelsea peppered the home goal with 13 corners in the first half but looked set to be frustrated as the interval approached, only for Jorginho to convert from the spot after Ben Chilwell has been fouled to give the visitors the lead.
A brilliant save from Edouard Mendy early in the second half to deny Abdoulaye Doucoure preserved Chelsea's advantage, and that was as good as it got for a disappointing Everton, who only survived relegation by the skin of their teeth last term.
England forward Raheem Sterling could have marked an impressive debut with a late second but saw his close-range effort deflected just wide.
It mattered little as Chelsea, following a close season of upheaval after the sale of the club to an investment group led by LA Dodgers part-owner Todd Boehly, saw out the three points with ease.