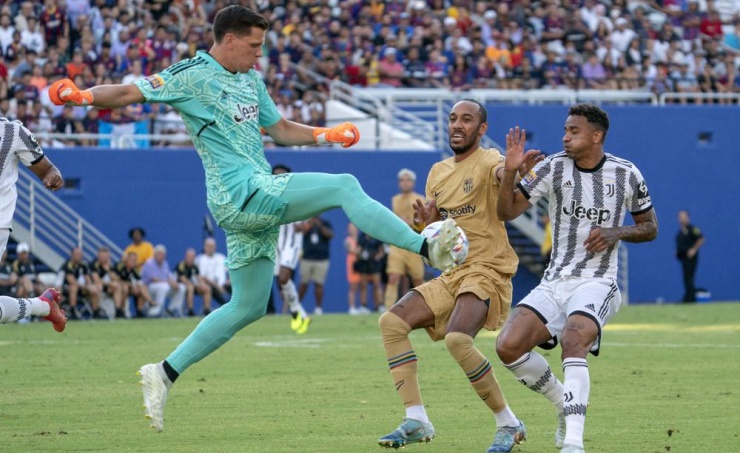 With less than a week until the start of the season, Juventus’ injury problems continue to grow as goalkeeper Wojciech Szczęsny became the latest player ruled out of the opening match.

Juventus said on Monday that tests revealed Szczęsny had a “low-grade lesion of the adductor longus muscle of the left thigh” and will be out for “around 20 days.”

The 32-year-old Szczęsny complained of discomfort at the end of the first half of Sunday’s 4-0 loss to Atlético Madrid. He was among a number of players substituted at halftime of that friendly match.

Juventus was already without injured players Paul Pogba, Weston McKennie, Federico Chiesa and Kaio Jorge for Sunday’s Serie A match against Sassuolo as well as Moise Kean and Adrien Rabiot, who are suspended.